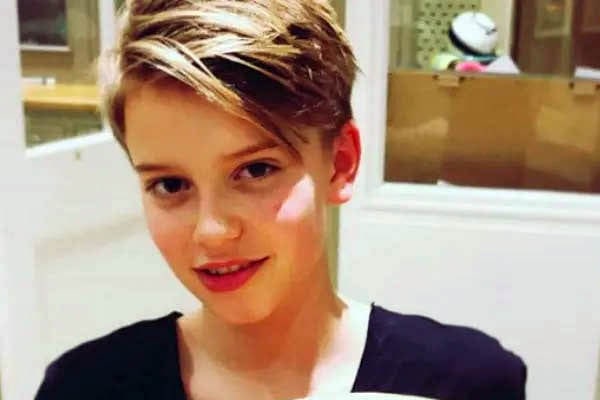 Rod Stewart is a famous British singer and songwriter who is notorious for his distinctive raspy voice while singing. He is regarded as one of the best-selling music artists of all time. To date, Stewart has sold over 250 million records globally and had ten number-one albums plus 31 top ten singles in the UK and 16 top ten singles in the US. Throughout his career, Rod Stewart worked with several rock groups, including Jimmy Powell and the Five Dimensions, Steampacket, Faces, and many more.

The legendary British musician Rod Stewart was romantically involved with several women and has married thrice in his lifetime. Currently, Stewart is in a marital relationship with his third wife, Penny Lancaster-Stewart, whom he married in 2007. Together, the beautiful couple has two adorable sons, Aiden Patrick Stewart and Alastair Wallace Stewart. Here, we will be introducing you to one of Rod Stewart’s sons with Penny Lancast er, Alastair Wallace Stewart.

So, stay with us throughout the article to learn more about him.

Eldest Child of Rod Stewart With His Wife Penny Lancaster

Alastair Wallace Stewart is the eldest son of the long-time husband-wife duo, Rod Stewart and Penny Lancaster. Alastair made Rod and Penny proud parents for the first time together in November 2005, two years before their wedding.

Well, Alastair’s mom, Penny, shares his pictures every year on his birthday and other special occasions. Seeing his photos, people can clearly say that he is the total mixture of his mom and dad.

Rod Stewart’s son, Alastair Stewart, became an elder brother at the age of six with the birth of his small brother, Aiden Patrick Stewart, in February 2011. His younger brother was born after two unsuccessful IVF attempts of his parents. Alastair shares a great bonding with his brother, Aiden. The brotherly-duo can often be seen in their parent’s social media pages while traveling to various places and having fun together at family functions.

Among Alastair Stewart’s six half-siblings, Sarah Streeter is the eldest one whom his dad, Rod Stewart, welcomed with his ex-girlfriend, Susannah Boffey. Kimberly Alana Stewart is Alastair’s other half-sister, whom his dad had from his first marriage with Alana Stewart. Similarly, he has two more half-sisters, Ruby Stewart from Rod’s relationship with Kelly Emberg and Renee Cecili Stewart from Rachel Hunter. Likewise, Alastair is the half-brother of two more sons of Rod Stewart named Sean Roderick Stewart and Liam McAlister Stewart.

Rod Stewart’s son, Alastair Wallace Stewart, is very close with all of his half-siblings. Though they have different mothers, they share a great bonding. Alastair and his half-siblings love spending their quality time together, visiting different places, sharing their father’s love for music, and going shopping. They also enjoy attending their dad’s concerts together.

Aiming For The Olympic Glory

Rod Stewart’s son, Alastair Wallace Stewart, is a great swimmer. He has been showing great promise as a swimmer since his early childhood and has already added numerous medals and awards to his name. According to his parents, Rod and Penny, Alastair aims to compete for Great Britain at the Olympics.

So, with a hope Alastair will become an Olympic Champ one day, Rod Stewart planned to construct a huge swimming pool at his mansion in 2017. He lodged plans to build a large swimming pool house in their gardens at Grade II-listed Durrington House. Rod mapped out to make the swimming pool 20m long not only for Alaistair’s training but also for the recreational and entertaining benefit. We hope it’s completed till now, and Alastair is setting himself up to compete in Olympics.

Besides, Rod Stewart’s son, Alastair, also shows interest in soccer as well. He often attends various soccer matches with his parents. All Rod Stewart’s fans know well that he is a long-time devoted fan of Celtic, and it seems like Alastair is following in his footsteps.

The masculine given name Alastair is of Greek origin, which means the one who repels men. Similarly, the middle name Wallace came from the Old French word ‘waleis,’ which means Welshman.