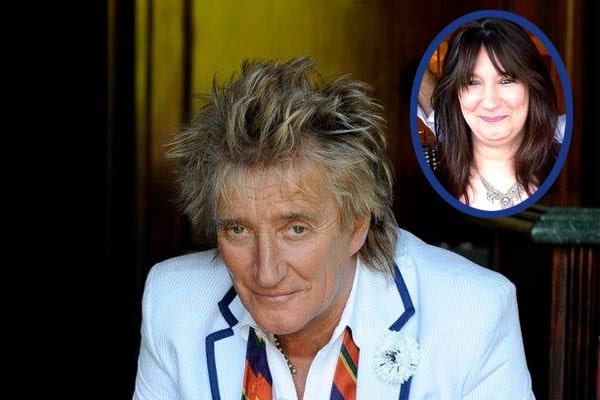 Sarah Streeter is the first child of Rod Stewart who spent some of her childhood years in foster care. Image Source: Facebook/ Rod Stewart.

Sir Roderick David Stewart, in short, Rod Stewart, is one of the best-selling artists of all time born in Highgate, London, during World War II. Stewart began his career professionally in the British music industry in the early 1960s as a harmonica player and vocalist for a couple of music groups. With time, he mastered singing, and now, he is a successful and award-winning pop singer, songwriter, and record producer. Moreover, Rod Stewart is one of the best-selling musicians of all time, having sold more than 250 million records globally. Also, Queen Elizabeth II knighted him in the 2016 Birthday Honoree for his services to charity and music.

The legendary musician Rod Stewart is a father to eight children with five different baby mamas, including two with his present wife, Penny Lancaster. Among those eight Rod Stewart children, Sarah Streeter is the eldest whom Rod had with his first serious relationship with Susannah Boffey.

Here, meet and learn more about Rod Stewart’s daughter, Sarah Streeter, who was born long before Rod rose into stardom.

Rod Stewart Kept Up His Eldest Daughter For Adoption

Music legend Rod Stewart and his ex-girlfriend, Susannah Boffey, welcomed their daughter, Sarah Streeter, on 6 November 1963 in London. She came into Rod’s life when he was just in his late teens and was just beginning his career in the music industry. Soon after Sarah’s birth, Rod’s parents requested him to marry, but he did not want to enter the phase of a marital life at that time. So, both Rod and Susannah gave their daughter Sarah up for adoption.

Several years after growing up in foster care and various children’s homes, Rod Stewart’s daughter, Sarah Streeter, was adopted at age five by Evelyn Thubron and Gerald Thubron. Ever since then, Streeter enjoyed a happy childhood at her adoptive parents’ country home in Uckfield, East Sussex. Sarah grew up being a fan of Rod Stewart’s music without knowing that he is her biological father.

Sarah Streeter learned that the guy whose posters filled her bedroom wall was her biological father only when she was 18. Though Sarah met her dad several times in her twenties, their relationship never really took shape. The great musician reconciled with his eldest child only in 2007 after the demise of her adoptive mom. Though Stewart missed the chance of dropping Sarah at her school and many more important events of her life, they are on perfect terms now. They visit each other often for dinner dates and casual meetings.

Sarah’s Relationship With Her Mom

Though Rod Stewart’s daughter, Sarah Streeter, shares a great relationship with her dad, she remains estranged from her mom, Susannah. While talking to the Daily Mail Online, Sarah blamed her mother for being constantly bitter towards her dad, Rod. She added it is a shame Susannah is still so twisted because everyone else has already managed to move on.

Sarah also used to be like her mom, Susannah Boffey, full of discontentment. However, later she realized that dwelling on the past does not get a person anywhere. Sarah is upset with the fact that her birth mother never let go of their past. Sarah told the media that if Susannah could stop being so negative, perhaps one day they could all be friends. However, Sarah Streeter’s mom, Susannah, is already in her late 70s. So, there is less possibility that the mother-daughter duo will ever reconnect.

Rod Stewart Helped Sarah To Get Out Of Her Wrong Addiction

These days, Rod Stewart’s daughter, Sarah Streeter, lives a blissful life with her husband of over a decade, Chris Streeter. However, before having a normal life, she had a deep addiction to alcohol, cocaine, and crack due to a series of personal setbacks. But, soon after she reconciled with her long-estranged dad Rod Stewart, her life came to shape. Rod assisted her in getting out of all her bad addictions.

The Daily Record notes that Rod Stewart aids Sarah financially by providing her a certain cash every year. His first financial aid helped Sarah get out of the debt that she owed during her drug addiction period. Currently, she uses the money sent by her dad to spend on whatever she and her husband like.

In the present, Rod Stewart’s eldest kid, Sarah Streeter, lives in East Sussex with her husband, Chris. The happily married pair does not have any kids together. However, she treats her younger half-siblings from her father’s other relationships and marriages just like her children. Sarah is the eldest sister of Rod Stewart’s children, Ruby Stewart, Kimberly Stewart, Sean Stewart, Renee Stewart, Liam Stewart, Aiden Patrick Stewart, and Alastair Wallace Stewart.

Sarah is of Hebrew and Persian origin, which means woman of high rank.