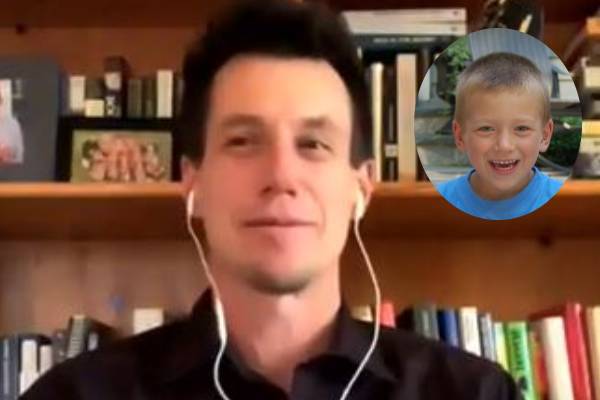 Baseball falls under the category of one of the most loved sports. With millions of fans around the world keeping track of every match, the sport has helped several business people and players earn significant fame and fortune.

One of the well-known names in the baseball sport is Craig Counsell. He currently serves as the manager of the Milwaukee Brewers and also formerly played for five different teams. Because of the growth in his popularity, it is natural that fans are curious to learn about his personal details, especially about his wife and kids.

So, in this article, let’s learn more about the successful manager, Craig Counsell’s son, Brady Counsell, and his whereabouts.

Firstborn Of His Parents

Milwaukee Brewers’ manager, Craig Counsell, shares a joyous marriage with his high school girlfriend, Michelle Counsell. The duo that got hitched over the winter before 2001 spring training welcomed two sons and two daughters together.

Brady Counsell is the firstborn of Craig and Michelle, whom they welcomed in 2003.  After him, they welcomed three kids. Brady is the big brother of his three younger siblings, Jack Counsell, Finley Counsell, and Rowan Counsell.

Brady loves his three younger brother and sisters and is enjoying time growing up together in Whitefish Bay, Wisconsin.

Craig Counsell’s Son Is Following In His Footsteps

Growing up in a baseball family, Craig’s eldest kid, Brady must have developed an interest in baseball. Just like his dad, the former baseball player, and the manager of the Milwaukee Brewers, Brady also plays baseball. Moreover, his granddad, John Counsell, worked for the Brewers as their director of the speakers’ bureau,

Craig Counsell’s son, Brady, attended Whitefish Bay High School, and he graduated in 2021. During his high school days, Craig’s son played baseball and achieved numerous victories. He was the baseball team captain for two years and also played basketball and golf. As a senior, he became a first-team all-district and all-state honorable mention selection.

Furthermore, Brady also competed for Hitters Baseball Academy in the summer of 2020. Plus, Washington, St Mary’s (CA), Notre Dame, George Washington, and Western Kentucky recruited him. However, he committed to the University of Minnesota.

Excited to announce I will be committing to the University of Minnesota. I’d like to thank my family, teammates and coaches for helping me along the way.#gophernation pic.twitter.com/0ITNtlJjIM

Brady played for the Willmar Stingers of the Northwoods League in the Summer of 2021. Maybe in the coming days, Brady will become the best baseball player and as successful as his dad. He still has a long way to go, but we hope to see him playing in the MLB soon.

As mentioned earlier, Craig Counsell’s son, Brady Counsell, plays college baseball. He now plays for the University of Minnesota’s baseball team. Furthermore, in May 2021, he competed in a baseball match with his younger brother, Jack Counsell.

The Counsell brothers formed the double-play combination for the varsity team at their high school, Whitefish Bay. Their dad and mom attended the game, and it was the first time their dad got to watch a complete game in person. Craig exclaimed that watching his two boys play was better than anything that had ever happened for him at work.

Brady’s dad added that it was a thrill, and he cannot describe how big of a joy that was. In an article, Craig’s son, Brady, said that baseball has always been his favorite sport, and his dad is happy with whatever he chooses to do. He mentioned that baseball came naturally for him with his dad as he used to spend a lot of time together.

Furthermore, Craig and his wife, Michelle, are proud of their kid’s achievements.

Thus, Brady must be doing great at his work, and we hope he succeeds in the coming days.

The name Brady has an Irish origin, and it means Descendant Of Bradach.