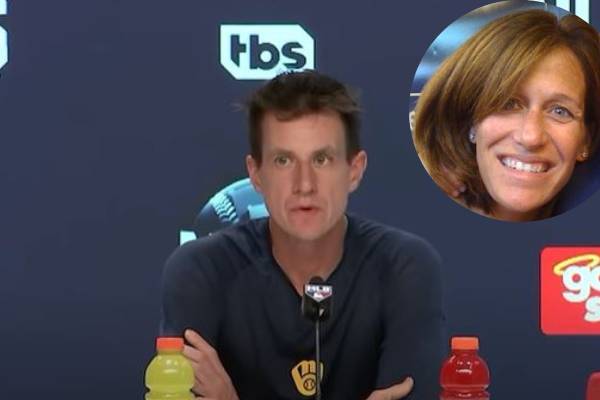 Craig John Counsell, aka Craig Counsell, is a former professional baseball player who now manages the Milwaukee Brewers of the Major League Baseball. He played as the infielder for five teams for sixteen seasons. Since May 2015, he has been working with the Brewers.

Apart from his successful baseball career, Craig’s personal life, especially his marriage, is also successful. He has been married to Michelle Counsell for quite a long time now, and the couple has kept their lovelife away from the media attention. Thus, in this article, let’s learn in detail about Craig Counsell’s wife, Michelle Counsell, and their marital life.

As mentioned earlier, Craig shares a blissful marital life with Michelle Counsell. The couple that loves each other immensely first met in high school. Craig Counsell’s wife, Michelle McClone, also went to Whitefish Bay High School with him. As mentioned earlier, the Counsell couples have kept their love life a mystery, so it is unknown how long the couple dated before getting hitched.

Furthermore, Craig and Michelle exchanged their vows over the winter before 2001 spring training. The duo must be living a wonderful life with their kids.

It has been more than 20 years since the Counsell couple exchanged vows. In all these years of togetherness, Craig Counsell’s wife, Michelle, gave birth to their four kids, Brady Counsell, Jack Counsell, Finley Counsell, and Rowan Counsell. They all live together in Craig and Michelle’s hometown, Whitefish Bay.

Furthermore, Michelle Counsell’s sons, Brady and Jack, also play baseball, and who knows, they might follow in their dad’s footsteps and become successful MLB players.

Craig Counsell’s spouse, Michelle Counsell, supports several initiatives and organizations with him. The Counsell couple supports the Urban Ecology Center, the Fatherhood Initiative, the Boys and Girls Club, the MACC Fund, and several other charities.

Not only that, Michelle and Craig also support the annual Drive for Charity and the Midwest Athletes Against Cancer Fund. They also made a contribution to the renovation of Notre Dame’s baseball locker room, construction of a youth baseball field near Phoenix, and many other youth baseball organizations in the Milwaukee area.

The duo also makes an appearance in events organized in order to support different charities and funds.

Purchased A Home Together

Two days after Christmas in 2006, Michelle and her husband bought a home for themselves. They paid $1,175,000 for their 1923 home from Foley and Lardner’s attorney and prominent real estate experts Lisa Hatch and Michael Hatch.

After moving into their new home, the duo did some renovations. They renovated their front porch and re-dormered two upper-floor windows. The couple has been living in the same house since then. Furthermore, Michelle Counsell’s kids attend the same school that she and Craig attended.

Nonetheless, Craig Counsell’s spouse, Michelle, possibly could have made certain contributions while buying the house.

Despite gaining immense fame and popularity, Michelle and her husband prefer to live a life away from the media limelight. Furthermore, Michelle also has not revealed much about her personal life. Plus, she must be proud of her husband’s baseball career and outstanding accomplishments.

The loving mother of kids and a supportive partner, Michelle, must be living a great life. Nevertheless, we hope to learn more about Craig Counsell’s wife, Michelle, in the coming days.