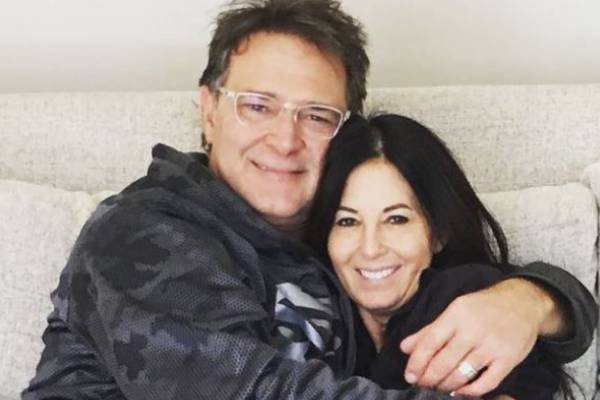 Don Mattingly, also known as Donald Arthur Mattingly, is the manager for the Miami Marlins, who used to play as first baseman and had even coached several teams. He has spent 14-year playing for the New York Yankees, and then for the next five years, he managed the Los Angeles Dodgers.

The famous baseball manager has gained significant fame and fortune in his baseball career. As a result of the growing fame, many fans and followers are interested in knowing about his personal life, especially his wife. Thus, in this article, learn more about Don Mattingly’s wife, Lori Mattingly, and their love life.

Is The Second Spouse Of Don Mattingly

The well-known baseball manager shares a lovely marital life with Lori Mattingly. The couple exchanged the vows on December 10, 2010. They held their wedding ceremony in his hometown of Evansville, Indiana, which their friends and family attended. It has been over a decade since the lovebirds exchanged the vows.

Don did not attend the winter meetings in 2010 due to the wedding ceremony. The couple, since then, has been living happily, sharing immense love for each other.

It might come as a surprise, but Lori Mattingly is Don Mattingly’s second spouse. Before exchanging the vows with her, he was married to Kim Sexton. Kim and Don had tied the knot on September 8, 1979. The duo remained married for several decades before getting divorced in 2007.

Welcomed A Son With Don

As of 2021, it has been 11 years since Don and Lori Mattingly got hitched. In over a decades of togetherness, the duo welcomed a son. Four years later after marriage, on November 29, 2014, Don Mattingly’s wife, Lori Mattingly, gave birth to their son, Louis Riley Mattingly. At the time of birth, he was 20 inches and weighed 7 1/2 pounds.

Furthermore, Louis is not the only child of Don and Lori. The duo has children from their first marriage. Lori Mattingly’s husband, Don Mattingly, share three sons with his first wife, Kim Sexton. Their sons, Taylor Mattingly, Preston Mattingly, and Jordon Mattingly, have all grown up.

According to FabWags, Don Mattingly’s spouse was previously married to Andrew J. Manion, with whom she had exchanged the vows on March 1, 1997. While they were together, they welcomed two sons. Don’s spouse, Lori, gave birth to her eldest son, Reynolds Manion, in November 1997, and her second son, Isaac Manion, in March 2000, with her first husband.

Her Mother Was An Assistant Teacher

Don’s spouse, Lori, was born in 1971 in Evansville, Indiana. She is one of the kids born to the late Phyllis McClarney. Her sisters are Trena Morris and Vicki Beck. Furthermore, Lori’s mom was an assistant teacher at EVSC, at Vogel, Stringtown, Glenwood, and Helfrich Park schools.

Lori Mattingly’s mom, Phyllis, helped students with math skills and reading and was an excellent seamstress who made beautiful stuffed dolls and animals and dance costumes. She also enjoyed attending her grandchildren’s sporting events.

Don Mattingly’s spouse, Lori, serves as the Co-Chair of the Mattingly Charities, where he serves as the chair. The couple founded the nonprofit organization in North Haven, Connecticut, in 2007, with an original mission to grant funds for softball or baseball equipment and other youth development services on behalf of the underserved youth.

Eight years after its establishment, in 2015, the organization moved its headquarters to Don and Lori’s hometown, Evansville, Indiana. They moved the organization according to their desire to serve underserved kids in the Evansville area. It also partners with many other organizations in Evansville, which has similar missions to them.

Lori has been doing several charitable works along with her husband through the organization. Going through her Instagram, we can see that she is living her best life. Nonetheless, we hope for nothing but a successful life ahead for Don Mattingly’s wife, Lori Mattingly.