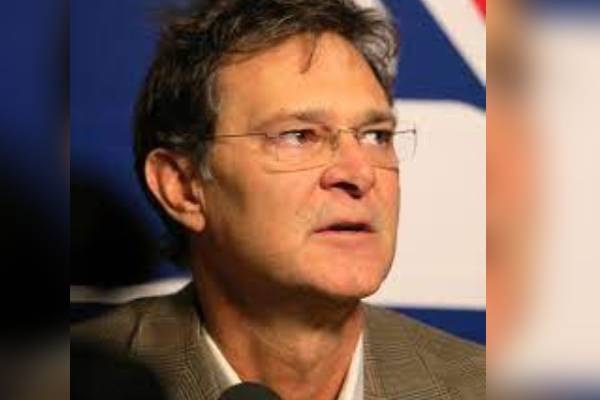 Donald Arthur Mattingly, widely known as Don Mattingly, currently serves for the Miami Marlins of the Major League Baseball (MLB) as the manager. Besides working as a manager and coach, he has also played as the first baseman for the New York Yankees. He has been in baseball sports for several years now and has earned significantly.

Besides massive wealth, Don has also become a popular figure in the sports world. With his rising fame, many people are curious about his personal details, especially his lovelife. And, we do know that he has been married twice.

Thus, in this article, learn in detail about Don Mattingly’s ex-wife, Kim Sexton, and see why their marriage ended.

Met On A Bus Ride

The successful baseball manager, Don Mattingly, was married to Kim Sexton for a long time. The couple first met on a bus ride to the tiny town of Madisonville, Kentucky, in 1976. At that time, she studied at North High School, and he was traveling to an American Legion game. She was at the game, accompanying her father, who was the coach of the team.

The duo felt an instant connection and started seeing each other. They dated for three years, and on September 8, 1979, they exchanged the vows. At the time of their marriage, Kim was 17, while her husband was 18 years old.

After the wedding, the adorable pair’s first stop was the Instructional League in Bradenton, Florida. There, the lovely pair lived in a small apartment and ate too many cheese sandwiches and baloney. The couple loved each other immensely and were supportive of each other’s careers.

As mentioned earlier, Don Mattingly and Kim Mattingly got hitched in 1979. The young duo was deeply in love with each other, and a few years later, they began to grow their family and welcomed three sons together. On March 17, 1985, Don Mattingly’s ex-wife, Kim, gave birth to their eldest son, Taylor Mattingly.

Two years later, on August 28, 1987, Kim gave birth to their second son, Preston Mattingly. The couple then welcomed their third son, Jordon Mattingly, who completed their family. Kim’s kids with Don have already grown up and are doing great in their life.

Two of Kim and Don’s sons have followed in their dad’s footsteps. In the 2003 MLB draft, the New York Yankees drafted Kim Sexton’s son, Taylor Mattingly, in the 42nd round (1,262nd overall). However, he had to sit out the next two seasons, and he retired from baseball in 2005. At the time of retirement, he had only 58 professional at-bats.

Furthermore, Kim Sexton’s second son Preston also played baseball. In the 2006 MLB draft, the Los Angeles Dodgers chose him in the supplemental round (31st overall). Then, four years later, in September 2010, Dodgers traded him to the Cleveland Indians. At the end of spring training, Indians released him, and he re-signed with the Dodgers.

The New York Yankees signed Preston on January 11, 2021, to a minor league contract, but he was eventually released three months later. Unlike her two elder kids, not much information has been revealed about Kim Sexton’s youngest son, Jordan.

An Unexpected End To Their Marriage

Kim and Don’s relationship seemed picture-perfect because of which many were shocked after they announced their separation. After being married for 28 years, the couple’s blissful marital life came to an end. On November 14, 2007, Don Mattingly’s ex-wife filed for the divorce, citing irreconcilable differences, which was the only reason needed to end a marriage in Indiana.

Although the divorce was completed and everything was settled, things actually began to get messy two months later. On January 19, Kim came to the Diamond 5 Ranch, where her ex-spouse was staying, and she lived at the family house.

Don Mattingly’s ex-wife had come to talk, which later turned to an argument, and he had to make her leave after calling 911. She returned three days later, and that time, she threatened to kick in the door. So Don had to call 911 again.

On February 2, at 1:18 the morning, Kim’s former beau had to call 911 once again. He reported to the Vanderbergh County sheriff’s office that his former wife was outside banging on the front door. He even added that she had been drinking. The officers arrived, and when they approached Kim, she accused her ex-husband of taking her cell phone, which he denied, and she was arrested.

Furthermore, Deputy Chad Howard wrote in the arrest file that Don Mattingly’s ex-wife, Kim was unsteady on her feet. She reportedly smelled of alcoholic beverages and even had an abusive attitude. Sexton was then charged with public intoxication.

It is unclear what came of the charges against Kim Sexton. But hopefully, she has dealt with the issues and is living a peaceful life.

On the other hand, Kim’s ex-husband has moved on in his life. He got married to Lori Mattingly, and they together have a son, Louis Riley Mattingly.

After the incident of February 2008, Kim has kept a low profile. Nevertheless, we hope to learn more about Don Mattingly’s ex-wife, Kim Sexton, in the coming days.