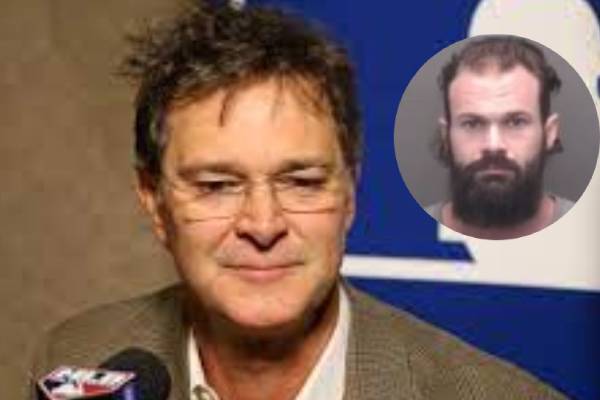 Don Mattingly is the former New York Yankees star first baseman who currently manages the Miami Marlins of the Major League Baseball. Also known as “Donnie Baseball,” he has also coached teams like Los Angeles Dodgers and New York Yankees. He has earned significant wealth in his baseball career and has also made a big name for himself worldwide.

Don Mattingly has been married two times and is the doting father of four kids. In this article, let’s learn more about Don Mattingly’s son, Taylor Mattingly, and his whereabouts.

Eldest Of All Kids

The famous baseball manager and former coach, Don Mattingly, was married to Kim Sexton. The former husband and wife duo had gotten hitched on the 8th of September, 1979. The couple was married for 28 years, and in all those years of togetherness, they gave birth to three sons.

Additionally, Taylor Mattingly’s dad got married to Lori Mattingly and welcomed a son, Louis Riley Mattingly. Taylor has a good relationship with all of them and they all are doing great in their respective lives.

Don Mattingly’s kid, Taylor Mattingly, followed in his dad’s footsteps and played baseball. In the 2003 MLB draft, he was a 42nd-round pick of the New York Yankees. He played in 24 games for the Gulf Coast Yankees in the rookie league. However, he cut short his 2003 season due to an injury.

Sadly, Taylor had to sit out all of the 2004 and 2005 seasons. He retired from baseball in the 2005 season and had only 58 professional at-bats. If he had continued playing, he would have become a successful baseball player in the sports world.

Was Arrested On Misdemeanor Charges

In July 2009, police arrested Don Mattingly’s son, Taylor Mattingly, in Evansville, Indiana, after he shoved his mother to the ground and then spat in her face. According to an affidavit provided to The Evansville Courier & Press, he reported to the police that he had jumped the fence at his mother’s home in order to confront her about an insulting text that she had sent to him.

Taylor accused his mom, Kim Sexton, of sending a text message where she insulted him, his girlfriend, and his dad. The report states that he pushed her down and spit on her and then surrendered to police. Furthermore, he also acknowledged flipping over a second table, damaging a window and a patio door, and smashing a patio table.

Mattingly also said that his mom had been drinking, and whenever she gets drunk, she calls him and makes rude comments. Similarly, another affidavit stated that Kim had told police that Taylor was upset because she could not get an auto dealership to trade his car for another model. She also had satellite TV service shut off at the nearby home where he was staying.

Fifteen minutes later, Don’s son arrived at her home, and they began to argue. It is unclear if Taylor faced any charges. But hopefully, the mother-son duo has settled their issues and has moved forward in their lives.

After his parents divorced, Taylor and his siblings must have had a difficult time. But eventually, they must have adjusted to the new surrounding. Moreover, he has been in legal trouble multiple times, so we hope that Taylor is now working on being a model citizen.

Nonetheless, let’s hope that Don Mattingly’s son, Taylor has a great future ahead.

The name Taylor has an English origin, and it means “cutter of cloth.”