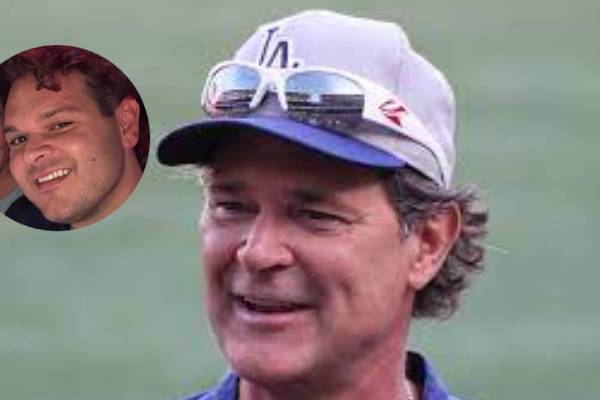 Baseball has become one of the most loved sports in the world. With thousands of supporters around the world, the sport has become a great source of income for several players and even entrepreneurs. And among a large group, Don Mattingly is one of the most renowned names in the baseball world.

Because of his growing fame, the personal life of Don has become a topic of interest for a number of baseball fans. The loving husband and the doting father of four, Don is living a wonderful life in Indiana. In this article, let’s learn in detail about Don Mattingly’s son, Jordon Mattingly, and what he is doing these days.

Youngest Of All Kids

Don Mattingly was once married to Kim Sexton, aka, Kim Mattingly. The ex-pair had tied the knot on September 8, 1979. The duo welcomed three sons in their over two decades of togetherness. Don Mattingly’s son, Jordon Mattingly, is the youngest of all their kids, who was born in July 1992.

As mentioned earlier, Jordon is the third child of his dad and mom. He has two elder siblings with whom he grew up in Evansville, Indiana. Taylor Mattingly is Jordon Mattigly’s eldest brother, who was born on March 17, 1985. Taylor followed in his dad’s footsteps and became a baseball player.

Similarly, Jordon Mattingly’s second older brother, Preston Mattingly, was born on August 28, 1987. He also played baseball for several teams. The Los Angeles Dodgers chose him in the supplemental round (31st overall). He then played for the Cleveland Indians for a certain time and returned to the Dodgers. He was also signed to a minor league contract by the New York Yankees but was released three months later.

Jordon might also have developed his interest in baseball due to the influence of his dad and brothers. The Mattingly siblings must have had a great time while growing up together.

Don Mattingly’s youngest son, Jordon, has grown up as he is in this thirties and has already settled in his life. He is a married man. Jordon is happily married to Gina Mattingly, with whom he exchanged the vows on January 6, 2019. However, the couple had not revealed when they met and how long they dated.

Nevertheless, Jordon and Gina seem to be deeply in love with each other and often share lovely photos of the pair on their social media pages. The couple has yet to become parents, but we hope to hear some good news real soon.

Was Diagnosed With Cirrhosis

In October 2019, Don’s baby boy had acute stomach pains. Then, he went to the hospital in Evansville, where he was diagnosed with alcoholic liver hepatitis and cirrhosis. Sadly, he got so sick that he was transferred from the Southern Indiana hospital to IU Health University Hospital.

Jordon lost many pounds in three and a half weeks and was deathly ill when he arrived in Indianapolis. Being a heavy drinker resulted in Jordon suffering from such a terrible disease. He never thought his health could be jeopardized because of his drinking. In an interview, Jordon mentioned that he had a liver that could not handle the drinking as everyone’s liver handled alcohol differently.

Don’s son is recovering, and he has been sober since October 2019. Hopefully, he will fully recover in the coming days. Nevertheless, he must be living a wonderful life with his wife and family. Talking about his dad and mom, they are no longer together and have moved on in their respective lives.

Jordon Mattingly’s dad got married for the second time to Lori Mattingly, with whom he has a son Louis Riley Mattingly. He has good bonding with his half-brother too.

According to his Facebook, Jordon has been working at EVSC (Evansville Vanderburgh School Corporation) since October 5, 2020. Therefore, he must be earning significantly from his job and must be living a great life.

Nonetheless, we hope that Don Mattingly’s boy, Jordon has a successful life ahead.

The name Jordon originated from the Hebrew word, and it means “down-flowing.”