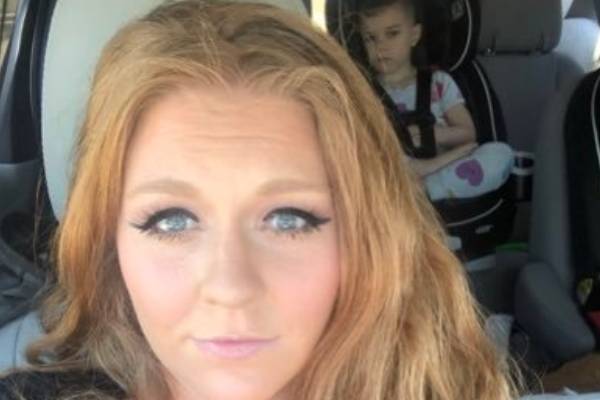 Crosby Reid is the eldest daughter of Andy Reid with his wife. Image Source: Crosby's Twitter.

By now, you might have all been familiar with the name Andy Reid. He has been actively coaching in the National Football League (NFL) since 1992. Reid is one of the most appreciated and loved coaches in the NFL. He is the present head coach of the Kansas City Chiefs.

Similarly, Andy started out in the NFL as the assistant coach of the Green Bay Packers. He won his first Super Bowl with the Packers in 1996, defeating the New England Patriots. Since then, Andy has coached the Philadelphia Eagles and got his second Super Bowl ring with the Chiefs in 2019.

Aside from his football accolades, Andy also has a beautiful family. He is married to Tammy Reid, and the couple welcomed five children (three sons and two daughters) together during their marriage. Hence, today we will be talking about Andy Reid’s daughter Crosby Reid and see where is she currently.

Andy Reid’s child Crosby Reid is the thirdborn among the five children he welcomed with his wife, Tammy. She was born on 17th March 1988. Furthermore, Crosby has three elder brothers, Garrett Reid, Britt Reid, Spencer Reid, and a younger sister, Drew Ann Reid.

Unfortunately, she lost her eldest brother, Garrett, in 2012 because of a drug overdose. Garrett struggled with drug addiction and once stated that he enjoyed the thrill of living as a drug dealer.

Britt, her older brother, was born on 28th April 1985. He used to serve as the outside linebackers coach for the Kansas City Chiefs. However, his contract didn’t get renewed by the Chiefs recently. Britt has been involved in many controversies and incidents over the years. He has a pending court trial on felony charges.

Crosby’s younger brother, Spencer, also works in the football world. The youngest son of the Reid family is currently working for Colorado State University as an assistant strength and conditioning coach. Similarly, her sister Drew Ann Reid was born in 1992. She attended  Brigham Young University. It is the same college Andy Reid graduated from.

Also Read: Get To Know About Kyle Shanahan’s Son

Performed The National Anthem Before An NFL Game

In her Twitter bio, Andy Reid’s daughter Crosby Reid describes herself as a singer and songwriter. Furthermore, she also sang the National anthem in the regular season ahead of the Kansas City Chiefs’ final game versus the Los Angeles Chargers. Crosby was supported in the act by Kansas City rapper Tech N9ne. He played as the guest drummer.

In an article by KMBC, Andy mentioned that Crosby probably got the singing talents from his wife’s family side. As for Andy, he said he couldn’t sing a lick. Papa Reid even said he gets more nervous than his daughter, Crosby, who enjoys singing.

It seems Crosby is a fearless and passionate woman when it comes to music.

Crosby Reid, now Crosby Naylor, as she describes in her social media, is currently living as a single mom to her three kids. She was married to her husband in a family ceremony. But, it looks like the couple is not together anymore.

Crosby is currently living with her kids in Overland Park, Kansas City. She is a very religious woman, just like her family. Additionally, she enjoys spreading the light of Christ with everyone she comes in contact with.

Crosby is a Scottish and English word. It means cross and farm. The term is a habitational name for various places.