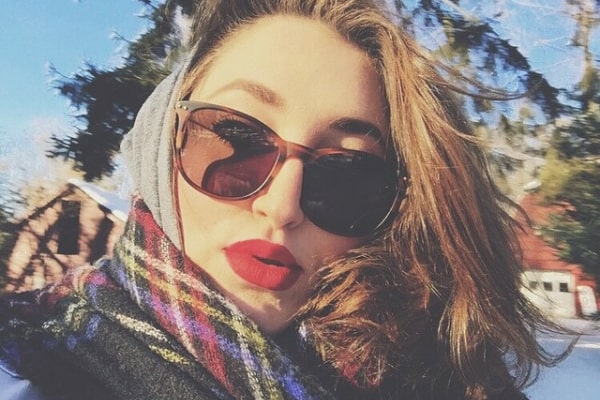 Baldwins are a bunch of talented people without a doubt, but they are also a pack of beautiful people. Well, look at the Baldwin brothers, their wives, and their children. Even when they are away from the modeling world or are still a toddler, they are impossible to ignore.

Today, let’s talk about such undeniable talent and the beautiful daughter of Daniel Baldwin, Kahlea Baldwin. Let’s dive in.

The gorgeous Kahlea Baldwin was born to actor Daniel Baldwin and Cheryl Baldwin, in 1984. Kahlea was the former couple’s first child, and they went their separate ways.

Although she was the only child of the former couple, Kahlea is fortunate enough to have a handful of siblings from her father’s side. However, Kahlea shared a moment of her mother’s wedding with her Insta fam, and unfortunately, it seems like she has passed away.

Daniel Baldwin’s eldest daughter seems to have a pretty sound relationship with her siblings, although they are non-existent on her Instagram. However, Kahlea maintains a very close relationship with Hailey Baldwin Bieber. She shares a lot of pictures of them.

Kahlea Baldwin’s Mother Is No More

Sadly, Khalea Baldwin’s mother is no more with us. The beautiful woman left the world at the young age of 51. She died on October 19, 2015. Although the reason for her death remains undisclosed, let’s hope the deceased soul rests easy.

Is A Film Producer/Director

Although the Baldwin family is known for their invincible looks and bigger than life modeling career, Daniel Baldwin’s daughter decided to break the cliche and stepped into a filmmaking career.

According to Kahlea Baldwin’s IMDb, she is best known for her work in Dream Corp LLC, Exist, Relief, etc. Besides, she also seems to be an executive producer of Yelling & Thinking and produced A Great Catch, Fireflies, etc.

Looking in the present scenario, Daniel Baldwin’s daughter, Kahlea, doesn’t need his identity to introduce her as she has created an image of her own through hard work. Let’s hope she keeps up with her excellent work and outshines her father in the coming days.

When we think of famous people and those involved in the fashion world, we have a vision of their social media as their portraits all over. Well, the beautiful Kahlea Baldwin might surprise you in this case as well.

Kahlea Baldwin seems to be cunningly private and rarely shares her pictures. She shares memes and her moments with siblings instead. Furthermore, Baldwin’s Instagram appears to be her portfolio rather than showing off her extravagant lifestyle.

The wittiness and the artsy mashup shall not cease to impress you if you plan on going through her Instagram. Garnering over 60k followers, she shares movie clips, funny memories; it’s aesthetically pleasing and interestingly geeky.

The brown-haired and arched eyebrows suit Kahlea perfectly, and her works are compelling the world to recognize her. Let’s hope she keeps on hustling and comes up with more projects in the coming days.

The name Kahlea is of Hawaiian origin, which means bright, clear, and gifted.