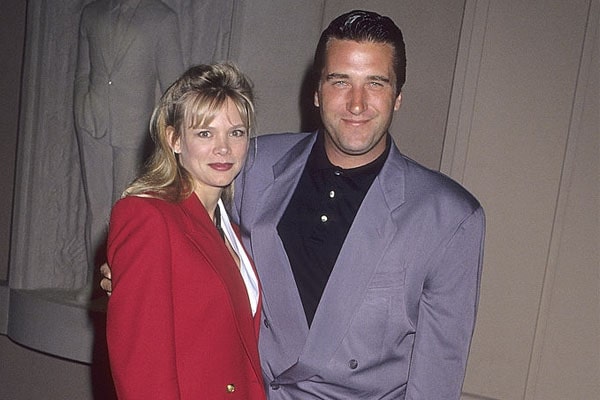 Alexandra Baldwin is Daniel Baldwin's daughter with his ex-wife, Elizabeth Baldwin and was born on Jan 12, 1994. Image Source: Getty Images.

Born on Jan 12, 1994, Alexandra Baldwin is Daniel Baldwin‘s daughter with his ex-wife, Elizabeth Baldwin. She is the only child of the ex-couple. Speaking of Alexandra’s dad, Daniel is an American actor, director, and producer. Similarly, her mom is also an actress, well known for Knight Moves, Legend of the Seeker, and Mind Rage.

Alexandra Baldwin has a total of four half-siblings, among which Kahlea Baldwin is her elder half-sister—not forgetting the fact that she also is the cousin of Hailey Bieber, Jameson Baldwin, and Brooke Baldwin. Many of you may not be familiar with Daniel Baldwin’s daughter.

So, to know more about her, stick up with the article until the end and have a closer look at Alexandra Baldwin.

Well, Alexandra Baldwin is a stranger when it comes to spotlight and media. She is an exception in the Baldwin family, who is not so famous. According to some sources, after Alexandra’s parents divorced each other, she moved to England with her mom..

However, it’s even said that they now live in Bonita Springs in Florida. We assume Daniel Baldwin’s daughter is living a very subtle and low-key life at the moment. But some of her cousins are making a name for themselves as models outside their famous family.

Well, Alexandra seems to be far away from the limelight and media. Furthermore, it looks like she did not choose to make a career in the entertainment industry, like other Baldwins. She might be happy with how her life is going in a certain direction.

Similarly, Alexandra seems to be the kind of person who loves privacy as well as secrecy. As for her social media handle, it’s hard to know whether she is an active user or not. So, Alexandra Baldwin came to be an exception in the Baldwin family.

Alexandra’s Parents Divorced Each Other In 1996

The reason for the divorce between Alexandra’s parents is still vague. Perhaps the two had issues that they could not work out but with just an option to separate from each other. So, Alexandra’s mom then married her second husband afterward. As for her dad, he had a son named Atticus Baldwin with Chicago-born actress, Isabella Hofmann.

Alexandra Baldwin And Her Four Half-Siblings

Similarly, Atticus is her half-brother who was named after the lawyer in To Kill a Mockingbird. He also has autism. And Avis Ann and Finely Rae are Alexandra’s younger half-sisters who are Daniel Baldwin’s daughters with his ex-wife, Joanne Smith.