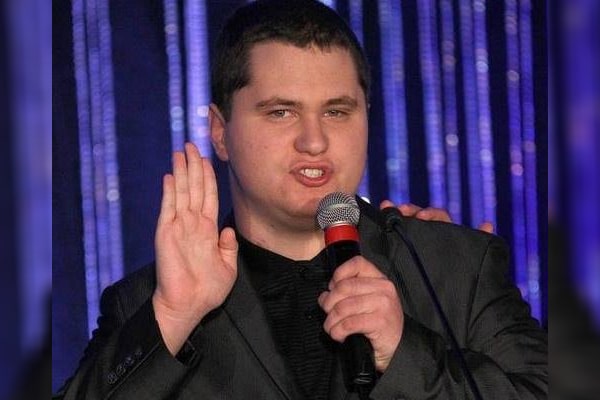 Baldwin brothers are famous for their dapper looks and their contribution to the entertainment industry. Amongst five brothers, Daniel Baldwin is the second eldest and has been actively involved in the acting world since 1988.

Daniel Baldwin is famous for his cocaine addiction and high-end relationships. Hence, today, we will be tailing Baldwin’s son, Atticus Baldwin, from his relationship with actress Isabella Hofmann. Thus, without further ado, let’s get right in.

Homicide: Life on the Street actor was in a committed relationship with his co-star, Chicago-born actress Isabella Hofmann. Through their relationship, the couple welcomed a very talented young lad, Atticus Baldwin.

Daniel Baldwin’s son, Atticus Baldwin, was born on July 13, 1996. The aspiring entertainer is showcasing his talent in the entertainment world. Unlike his father, Daniel, Atticus is more inclined towards voice-over.

Furthermore, actor Daniel Baldwin and Isabella Hofmann’s kid is named after the lawyer in To Kill a Mockingbird and has autism. Despite the spectrum disorder, Atticus believes to be artistic. He is a rising star in the Baldwin Family Acting Dynasty.

An Emerging Actor And Writer

Aforementioned, Daniel Baldwin’s son, Atticus Baldwin, is an emerging actor in the Baldwin family. According to Baldwin’s Instagram, he claims to be a good singer, a talented actor and draws pictures. Furthermore, he also does voices.

According to Atticus Baldwin’s LinkedIn, he is a freelance actor since May 2002. Moreover, he was also associated with Spectrum Laboratory as an actor, performer, musician, for five years.

Likewise, Atticus also worked for The Miracle Project as a director/actor from March 2003 to June 2015. He is an experienced voice actor, improvisation, etc. Furthermore, Baldwin’s IMDb credits him for VR musical, Use Your Imagination.

Baldwin graduated from Village Glen High School in 2015. Similarly, he has an associate’s degree focused in Preparation for Work outside school from Miller Career and Transition Center.

Although Daniel Baldwin is not as famous as his brothers, Stephen Baldwin, Aric Baldwin, etc. he enjoyed an extravagant life and considerable time in the entertainment industry.

During his time, Atticus’ father Daniel has worked in several movies and reality shows. While working for Homicide: Life on the Street, Baldwin found his love interest in Chicago actress, Isabella Hofmann.

The former couple, Isabella and Daniel, were together for a decade from 1994 to 2005. The pair welcomed their first child within two years into a relationship. Although they were together for an elongated amount of time, there are no accounts to show their marriage.

Furthermore, life never stopped for Atticus’s parents after their relationship ended. Isabella was married to actor Steven Memel from 1988 to 1994. On the other side, Atticus’s father, Daniel Baldwin, was married to a former British model, Joanne Smith, and had two daughters, Avis Ann Baldwin and Finley Rae Martineau Baldwin together.

Amongst Daniel Baldwin’s five children, Atticus is his third child. He has two more half-siblings; Kahlea Baldwin and Alexandra Baldwin from his previous marriages.

The name Atticus is of Latin origin, which means ‘of Attica.’