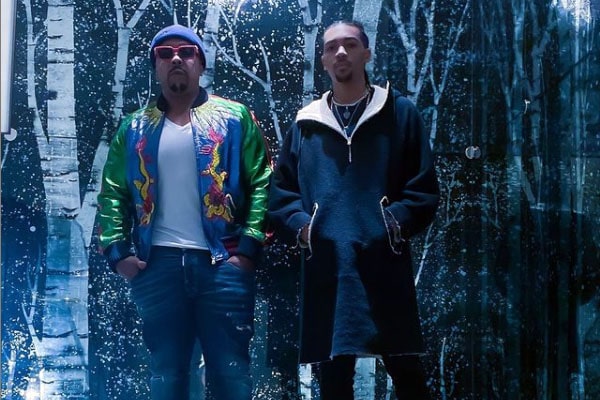 Timbaland, born Timothy Zachery Mosley, is one of the top American musicians and record producers. He is famous for his innovative production work and unique ‘stuttering’ rhythmic style. A vital contributor in creating American R& B’s stuttering kick-drums template, Timbaland uses breakbeats to create a distinctive sound. The songwriters’ influence is spread beyond the United States and has crossed international waters, mainly in UK garage and rave culture.

The legendary music artist Timbaland is a father to three kids with Monique Idlett, whom he married in 2008. Although they are no more together at the moment, they are still on good terms for their kids, including their son, Demetrius Idlett Mosley.

Here, know some more unrevealed facts on Timbaland’s son, Demetrius Idlett Mosley, also known by the name ‘D’MXCI.’ The letter ‘D’ refers to Demetrius while the MXCI stands for Meechie, his alias.

An Author Of Couple Of Books

Timbaland’s son, Demetrius Mosley, always had a knack for words and yearned to be a writer. One night, he could not sleep well. So, he woke up and started writing his thoughts down- a true expression of what was going through his mind at the time. The result was his first book ‘My Awkward Thoughts,’ making him an author for the first time.

Demetrius Mosley’s book is a collection of writings followed by illustrations related to each written piece. According to Mosley, the illustrations are his writings coming alive. Moreover, three professionally recorded songs complement three of the excerpts from his creation. Each of his written pieces has a title forming an acronym. For example, one of his first pieces is titled ‘Wonder,’ under which the words ‘With One New Day Extends Reason’ appear.

At the end of the book, he invites his readers to create their own writing with a page titled ‘Your Awkward Thoughts.’ By doing so, he attempts to use his creation to help others free themselves from fear to express themself.

Demetrius’s inspiration to author a book is the world-renowned author J.K. Rowling and desires to make his book the next Harry Potter series. He aims to make My Awkward Thoughts the first of seven books, with each one offering distinct artistic perspectives. His second book is ‘My Awkward Thoughts on Sex, Drugs, and Money.’ It includes more personal demonstrations with Demetrius himself involved.

Besides J.K. Rowling, Mosley’s inspiration is his ancestral family and experiences. His family has an electric and intricate cultural background.

The son of the legendary music artist Timbaland, Demetrius Mosley also took a musical path when he grew up. He started his career as a DJ for the Life in a Color tour while still in college. Eventually, Mosley began displaying his singing skill in various events and collaborating with several well-known music artists.

Besides collaborating with famous artists, Timbaland’s son, Demetrius, has released a couple of singles to date, including Strobin, Freedom Love Happiness, and Sweet Lovin. You can listen to his melodious songs on Soundcloud, Spotify, Apple Music, and other music platforms.

Besides, Demetrius, aka D’MXCI, has a YouTube channel with 4.6K subscribers at the moment, where he uploads his creations.

Also, Demetrius Mosley is the former Production Manager and A&R Coordinator at Mosley Music group. Moreover, he also served as the Brand Ambassador of a patented tactile audio system, SUBPAC, from 2015 to 2016.

Demetrius Mosley’s skills are not just limited to music and writing. He is equally passionate about fashion designing as well, which multi-million recording rapper and record executive Jay-Z noticed. During an interview, Mosley said that when he was in the studio wearing one of his jackets, Jay-Z told him that he wanted Mosley to make him one.

The aspiring fashion designer, D’MXCI, has always been keen on customizing the clothes and shoes that he buys. It is another form of creating unique and meaningful art for him. Currently, he is the CEO of a multifaceted brand, D’MXCI, which focuses on creative innovation through fashion literature and art. Mosley founded the brand in 2015.

Demetrius Idlett Mosley is one of the three kids of Timbaland with his estranged wife, Monique Mosley. Reportedly, he is not the biological son of Timbaland. Reportedly, Demetrius is the son of Monique from her previous relationship. Timbaland adopted him after marrying Monique and raised him as his own.

Furthermore, Demitrius has two siblings, brother Frankie Idlett Mosley and sister Reign Mosley. Frankie is his biological brother, whom Timbaland adopted along with him. Similarly, Reign is his half-sister, whom Timbaland and Monique welcomed together in 2007.

According to various online sources, Demetrius’ parents separated at the end of 2015. However, it seems like they are still on good terms for their kids. After separation, Demetrius’ dad, Timbaland, is dating Michelle Dennis while his mom seems to be currently single.

Nevertheless, we can see that Timbaland’s son, Demetrius Mosley, is slowly taking his pace and finding success in multiple career paths. We hope we will get to see him shining out like just his dad shortly.

The name Demetrius is of Greek origin, which means devoted to the goddess of grain: Demeter.