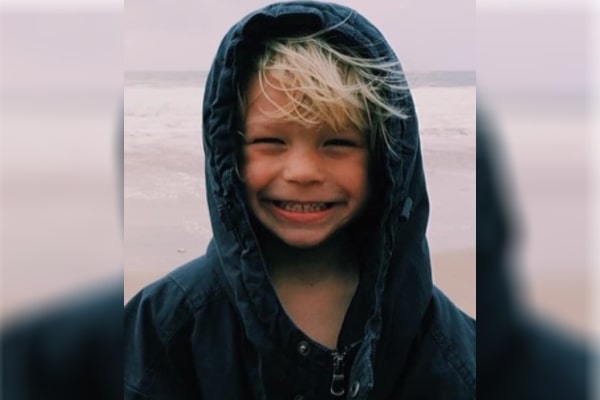 Former American stock car racing and stuntman Eric Scott Norris‘s marriage with Stephanie Di Ciolli blessed them with four wonderful babies. Among them, Cash Norris is the youngest child of the lovebird and their only son. Born in 2010, young Cash is still in his childhood and is living with his parents.

Below let’s look into Eric Norris‘ son Cash Norris and get to know him better.

As mentioned above, Eric Norris, the father of Cash Norris, is a former racer who competed in multiple NASCAR championship series. The 56-year-old’s biggest achievement is winning the 2002 NASCAR Winston West Championship Series.

Aside from racing, Cash’s father is also a stunt coordinator and stuntman in the showbiz industry. Some of his works include Invasion U.S.A., The Delta Force, Avenging Force, Invaders from Mars, Beastmaster 2: Through the Portal of Time, and Universal Soldier.

The father of four was also a nominee at the 67th Emmy Awards for Outstanding Stunt Coordination in a Drama Series for the hit TV show “Sons of Anarchy.”

Cash’s mother, Stephanie Norris, on the other hand, is a proud mother and homemaker. She was previously into modeling and graduated from Arizona State University along with her future husband. Eric and Stephanie are happily married since 1993.

The Only Boy And The Youngest Child

As discussed earlier, Eric Norris’s son Cash Norris is his youngest child but not his only child. The eldest born of the stunt coordinator is Camrynn Norris and is following in her father’s footsteps into movies. Born in 1995, Camrynn made her stunt debut in 2020’s “Alone.”

Following the 26-year-old is Chloe Norris, who recently joined Arizona State University, similar to her parents. Cash’s second eldest sister was also a cheerleader in her high school and was born in 1998.

Chantz Norris, the third child of the former racer, was born in 2000 and is into photography. She is the tallest among the siblings and graduated from St. Margaret’s Episcopal School.

Despite the vast age differences, Cash Norris loves spending time with his sisters and is always the center of attention.

Grandchild Of The Action Icon

Eric Norris’ son Cash Norris is one of the youngest grandchildren of the legendary Hollywood star Chuck Norris. The 81-year-old is an actor, producer, screenwriter, and professional mixed martial artist.

He is also the former U.S. Airforce Air police and a Karate instructor. The action icon was previously married to his high school sweetheart Dianne Holechek with whom he had Mike R. Norris and Eric Scott Norris. He is married to Gena O’Kelley since 1998 and is blessed with twins i.e., Dakota Alan Norris and Danilee Kelly Norris.

Cash’s grandpa also has a love child, Dina Di Ciolli, from his extramarital affair. The elite-level black belt in Tang Soo Do, Taekwondo, Karate, Brazilian Jiu-Jitsu, and Judo also has his own discipline called Chun Kuk Do.

Some of the former U.S. Airforce member’s notable movies are Way of the Dragon, Good Guys Wear Black, A Force of One, An Eye for an Eye, Silent Rage, Lone Wolf McQuade, and Code of Silence.

Eric Norris’ son Cash Norris is an outgoing person, unlike the kids of today’s generation.

Rather than playing video games or getting hooked up with electronics, the young one likes to spend time with his squad outdoors. He is into skating, surfing, & swimming and also is accompanied by his family.

He is mostly accompanied by his mother, Stephanie, and sisters since his father is away with his Hollywood duties.

Cash Norris has earned the respect of the Hollywood legend Chuck Norris for his fearless nature. The actor posted a video of his grandson jumping from a cliff into the ocean. Cash Norris was just 7-years-old when he took his freefall.

The professional MMA fighter is looking forward to adding another child prodigy of his bloodline to the world of mixed martial arts.

This is our youngest grandson Cash! He is fearless and definitely a Norris. 👍 https://t.co/jfFRliHaTT

The father of fifth is endorsed by Total Gym for a lifetime, and his third son, Dakota Alan Norris, is already a 3rd-degree black belt in MMA.

Regardless of everything, Eric Norris’ son Cash Norris enjoys life to the fullest with his family and friends. We only wish the best for his growth as he is a few years away from becoming a teenager.

We also wish him the best for the future and the overall well-being of his parents.

The name Cash is primarily a boy’s name of Latin origin with the meaning “hollow.”