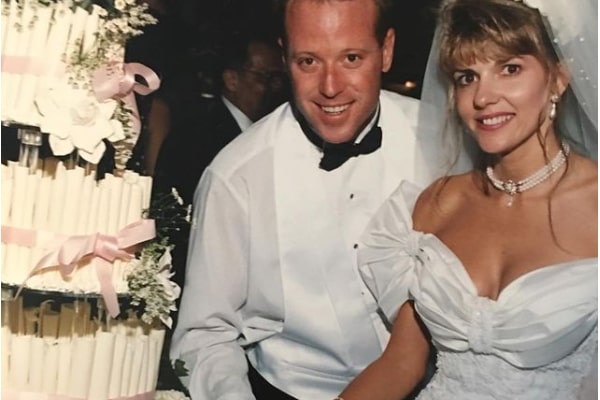 Mike Norris and Valerie Norris have starred alongside each other in a couple of movies. Image Source: Mike Norris' Instagram.

Mike Norris is an American actor and the eldest son of Hollywood baddie, Chuck Norris. The 58-year-old has starred in a handful of movies starting in the late 70s.

Unlike his father, the Born American actor has had a quite stable relationship and marriage life. Married to long-time girlfriend Valerie Norris, the couple tied the knot in 1992.

Below let’s talk about the American martial artist Chuck Norris’ daughter-in-law and Mike Norris’ wife, Valerie, to understand her better.

Details regarding Mike Norris’ wife Valerie Norris is fragile as she enjoys staying away from media attention.

Similar to her husband, Valerie is also part of the showbiz industry. She is better known as an actress and producer for movies like Ripper Man, AmeriGeddon, The Rage Within, and Mission Air.

According to IMDb, the average overall rate for her work is 4 out of 10. Despite having a shaky career in acting and producing, Mike’s beau Valerie Norris is unbothered and is involved in other ventures.

Married For More Than 28 Years

The eldest born of the man who went one on one with Bruce Lee in The Way of the Dragon, Mike Norris was always targetted by the paparazzi in his upbringing.

Furthermore, it was quite shocking when he maintained a low-key relationship which led to a wedding. As stated earlier, Valerie and Mike were long-time couples before tying the knot in 1992.

After getting the blessing from the action impact star Chuck and his former wife, Dianne Kay Holechek, the couple’s journey has been smooth sailing.

Mike Norris & Valerie Norris have been married for over 28 years and are blessed with three wonderful children.

As mentioned above, both Mike Norris and his wife Valerie Norris are blessed with three wonderful kids, and apparently, two are twins. The family has two daughters and one son.

The eldest is Hannah Norris, born in 1995, and has twin siblings Greta Norris and Max Norris, born in 2000. Hannah, who is now in her mid-20s, has inherited the signature blonde looks of her father and grandfather.

As for Greta and Max, who are unidentical twins are in their early 20s. Looking into their social media, the siblings maintain a good and healthy relationship.

They often tag along with their parents to various events and loves traveling together.

Works Alongside Her Husband

Mike Norris’s wife Valerie Norris has produced and acted in few big-screen projects. Despite having bad ratings, her husband has always been a key supporter for her and has even worked alongside her.

The father of three has acted in Ripper Man, The Rage Within, and Birdie & Bogey with his wife. The couples even produced and directed AmeriGeddon, The Crossroads of Hunter Wilde, Mission Air, I Am… Gabriel and Maggie’s Passage.

Their daughter, Greta Norris, has also starred in a few of their projects.

The Delta Force actor, similar to his father, has also transitioned into screenwriting and directing. Mike has his own motion picture studio and often casts his family members for the project.

Mike Norris’s wife Valerie Norris is also the co-owner of their studio, i.e., 2nd Fiddle Entertainment Motion Picture Studio. Formed sometime around 2008 and 2009, the studio has a handful of movies and shows in their bag.

2012’s I Am… Gabriel has been the studio’s most successful movie. Despite having such an action icon as her father-in-law, Valerie’s studio focuses on the religious and Christian genre rather than action.

Affairs And Past Relationships

Knowing that both Valerie Norris and her husband Mike Norris are part of the Hollywood industry, they have never been the subject of affairs.

As for their past relationship, there is no confirmation since they were long-time partners before tying the knot. The Dragon Fury II star was also never linked with his on-screen partners, despite starring alongside beauties like Arlene Golonka, Hanna Azoulay Hasfari, and Gail Thackray.

My mom just sent this to me… my parents are the absolute cutest @DirectorNorris @valnorris pic.twitter.com/7LWL1XDLtQ

The same can be said for Valerie Norris since she has always remained faithful to her husband. As for her father-in-law, Chucky Chuck Norris has dated Beverly Johnson, Jami Gertz and has married twice.

Knowing what we know about Mike Norris’ wife, Valerie Norris, we can say that she has been a supportive spouse and mother. We wish the best to her and her family for the days to come and for the upcoming projects.