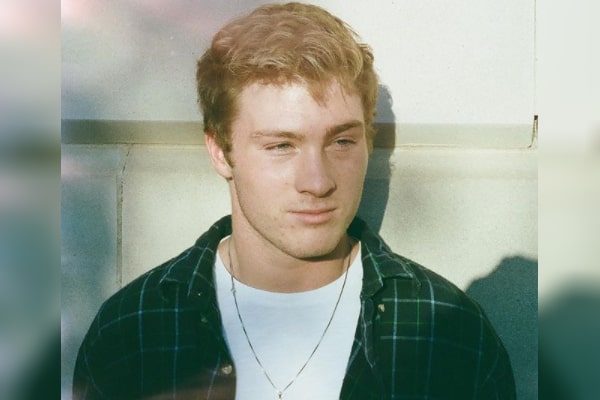 Max C. Norris is the only son of American actor and director Michael R. Norris, better known as Mike Norris. The 58-year-old was a hit action star making his presence known in the mid-80s and lasting throughout the 90s.

On the other hand, his son is a star of his own and fresh out of his teenage years. From having a twin sister to becoming a college football prospect, the high school graduate has had an interesting life so far.

Below let us look into Mike Norris’ son Max Norris and get to know him better.

Max’s Parents Together For Over 28 Years

Max Norris is the son of Mike Norris and Valerie Norris, who were long-time partners before taking the vow in 1992. Like her husband, Valerie is also in the showbiz industry, better known for her production works.

Despite being the eldest son of one of Hollywood’s biggest stars, Mike Norris has only starred in a handful of movies. Born American, Delta Force 3: The Killing Game, Survival Game, Death Ring, Ripper Man, Dragon Fury II, and The Rage Within are some of his notable movies.

Max Norris’s parents also own a motion picture studio, i.e., the 2nd Fiddle Entertainment Motion Picture Studio. I Am… Gabriel, AmeriGeddon, and Maggie’s Passage are some of the studio’s work. The lovebirds even cast their children in secondary roles in a couple of them.

The pair is still going strong and are blessed with three beautiful kids with whom they spend quality time.

Mike Norris’ kid, Max Norris, is his only son but not his only child. The 21-year-old has two other sisters, Hannah Norris and Greta Norris.

Hannah, the eldest child, is 26-years-old and an alum of the University of Arkansas. She frequently travels to India for social work and was into basketball during her schooling days.

Likewise, Greta Norris was born on the 7th of January and is Max’s twin sister. Despite being twins, the duo is not identical and share similar traits. Greta is into sports and athletics, representing her school and winning multiple trophies.

She is also a TikTok star with 209.5K followers and a huge Post Malone fan. Furthermore, Max Norris and his sisters enjoy spending time with each other and often take vacations together.

Max Norris is not only linked with his father, Mike Norris, but also to Chuck Norris. One of Hollywood’s biggest action figures is Max’s grandfather.

The 81-year-old is also an American mixed martial artist who shared the big screen alongside MMA legend Bruce Lee in The Way of the Dragon, and Game of Death.

Max’s grandpa was rocking Hollywood way before Arnold Schwarzenegger, Sylvester Stallone, and Jean-Claude Van Damme were big stars. The MMA pedigree was his key quality in becoming the action hero, which he has displayed throughout his career.

The former United States Airforce has starred in The Delta Force, Lone Wolf McQuade, Missing in Action, Code of Silence, and Invasion U.S.A., to name a few.

Mike Norris’ son Max Norris may not take part in the showbiz industry but has already excelled in football sports.

He previously played for Faith High School but hasn’t represented the University of North Texas, where he is currently studying. Max plays as a linebacker and has also been part of the rotating running back.

Fun while it lasted pic.twitter.com/YPV8VhL3q0

For generations, the football talent has existed in the family as Max’s father, Mike, was a linebacker, and his grandpa a running back. Despite winning the state championship with the Grapevines, he is yet to represent a college.

We hope to see the linebacker back on the field in the days to come.

After giving a pause to his football career, Mike Norris’ son Max Norris focused more on his art studies. The Texas native usually works with simple art illustrations with a gentle touch of psychedelic themes.

It also includes a bit of graffiti as well as doodling, making it a unique piece overall. Valerie Norris’ son rarely posts pictures of his creativity and has an Instagram story highlight fully dedicated to it.

Moreover, he is doing his majors in art and keeps it easy and simple to understand.

Nevertheless, Mike Norris’ son Max Norris is living his fruitful university days and spending quality time with his family. We wish him the best for the future and his overall well-being.

Besides, Max Norris was disqualified from Claim To Fame. It is reported that he broke the no electronic device rule. Chuck’s grandson used a secret cell phone that he had hidden in his belongings.

As he is in his early twenties, he still has time to decide on his career path. He has our best wishes no matter what path he chooses to follow.

The name Max is primarily a boy name of Latin origin with the meaning “Greatest.”