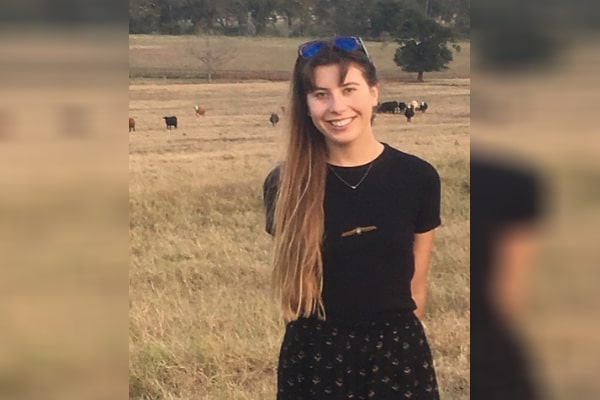 Camrynn Norris is the eldest child of former American stock racing car driver Eric Scott Norris. She was born in 1995 and one of Eric’s four children.

As there isn’t much information available on the 26-year-old but it seems she is following in her father’s footsteps. Below let’s look into Eric Norris‘ daughter Camrynn Norris and know her better.

As mentioned earlier, Camrynn’s father, Eric Norris, is a former racer who competed in multiple NASCAR series. His biggest achievement in racing is winning the 2002 NASCAR West Winston Series Championship.

Aside from racing, the 56-year-old is also a stuntman in Hollywood. His works are in Universal Soldier, Rescue Me, Beastmaster 2: Through the Portal of Time, Hellbound, Invasion U.S.A., and Walker, Texas Ranger.

The former racer was even nominated at the 67th Emmy Awards for Outstanding Stunt Coordination in a Drama Series for the hit TV show Sons of Anarchy.

As for Camrynn’s mother, Stephanie Di Ciolli or Stephanie Norris is a proud house maker and also attended the Arizona State University.

The Eldest Child Of Eric Norris

Eric Norris’ daughter Camrynn Norris maybe his eldest child but not his only. Eric Norris and Stephanie Di Ciolli’s marriage have blessed them with four beautiful children.

Camrynn is followed by Chloe Norris, who is a cheerleader and was born in 1998. She is also attending the Arizona State University, similar to her parents.

The third child of the Emmy nominee is Chantz Norris, who is into photography and attended St. Margaret’s Episcopal School. She was born in 2000 and is the tallest among the sisters.

Lastly, Cash Norris is the only boy child of Stephanie and Eric, born in 2010, and is into skating.

Grandkid Of The American Legend

The 81-year-old is an actor, producer, screenwriter, and professional mixed martial artist. He is also a former U.S. Airforce member and a Karate instructor. Some of the legendary actor’s noteworthy movies are Way of the Dragon, Lone Wolf McQuade, The Expendables 2, Delta Force, Code of Silence, Firewalker, and Silent Rage.

The elite-level black belt in multiple disciplines was previously married to Dianne Holechek, with whom he had Mike R. Norris and Eric Norris. Camrynn’s grandpa is presently married to former supermodel Gena O’Kelley and is the father of Dakota Alan Norris and Danilee Kelly Norris.

The founder of Chun Kuk Do also has a lovechild, Dina Di Ciolli, from an extramarital affair.

In June of 2020, Eric Norris’s daughter Camrynn Norris graduated from her university.

The graduation was not only attended by Camrynn’s family but also by her other relatives from her mother’s side. Humboldt State University is a public university located in Arcata, California.

The identity of the boyfriend of Eric Norris’s daughter Camrynn Norris remains a mystery. Similar to her sisters, the Humboldt graduate is also closed to the public’s eyes.

Nevertheless, her significant other is a tall fellow who bonds well with all her family remembers and is also accepted by them. He also dons a man bun, and their relationship is probably more than just girlfriend & boyfriend.

Looking at the pictures uploaded by Camrynn’s mother, the couple looks like for a long haul now.

Like her father, who currently operates as a stunt coordinator, the 26-year-old also debuted in 2020.

Like her cousins Max Norris and Greta Norris, who have starred as actors in many movies, we wish to see her on the big stage in the days to come.

With all said and done, we wish Eric Norris’s daughter Camrynn Norris the very best for her career and overall well-being.

The name Camrynn is a girl name of Scottish origin with the meaning happy and jolly.