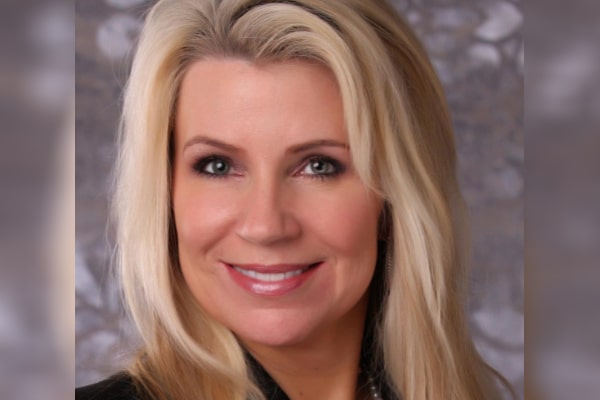 Dina Norris only found the true identity of her father at the age of 16. Pic Source: Dina Norris' Facebook.

The Hollywood action icon Chuck Norris is known for his acting and mixed martial arts career and also his involvement in the lady’s department.

The former U.S. Airforce member was previously married to Dianne Holechek and is currently enjoying a smooth sailing marriage with Gena O’Kelley. The 81-year-old actor, producer, and screenwriter is also rumored to have dated model Beverly Johnson and actress Jami Gertz.

Things took an extreme turn when Chuck Norris’s daughter Dina Norris became known to the public. She is the lovechild of the American Tang Soo Do founder from an extramarital affair.

Below, let’s look at Chuck Norris’ kid Dina Norris and get to know her better, especially her relationship with her father.

The 57-year-old Dina Norris, who goes also by Dina De Ciolli/ Dina Norris DiCiolli, is the love child of Chuck Norris. She is his daughter from his extramarital affair with a lady named Johanna.

Chuck Norris’s daughter Dina Norris works as a realtor at Keller Williams Frisco Stars in Southlake, Texas. She is a real estate agent who handles property services, especially for organizations.

The Delta Force actor’s daughter previously lived in California before settling in Dallas, Texas, and graduated from the Orange Coast College.

Despite growing up in a fatherless household, Dina has devoted herself to her family even more than her work.

Dina Norris’s parents had an affair long before her father was a Hollywood household name. When Chuck Norris transitioned into becoming a karate instructor was when he had his affair with Johanna.

Dina’s parents met in California, and their brief fling didn’t last for days or weeks long. It was basically a romp in the back of a car that led to the birth of the love child.

Johanna kept the information hidden from her daughter and the Lonewolf McQuade actor, assuming it would create a huge drama. As Chuck Norris became famous as a martial arts teacher, he would later become a celebrity himself.

It was only later in life that Chuck Norris’ daughter Dina Norris revealed herself to him. She only got to the truth about her biological father at the age of 16.

In 1991, Dina wrote a letter to her father revealing the truth and her identity. The elite MMA blackbelt agreed to meet her and her mother shortly after receiving the letter.

“I didn’t need any blood or DNA tests. I went straight to her hugged her, and we both started crying. It felt like as if I had known her all my life.”

Chuck Norris also admits the feeling of shame by lying to Dina’s mother about not being married in his book, Against All Odds: My Story.

Married And Has 3 Children

As mentioned above, Dina Norris, who goes by Dina Di Ciolli, is married happily to Damien Di Ciolli. They have a daughter and two sons together, i.e., Gabi Boardman, Dante Di Ciolli, and Eli Di Ciolli.

Both Gabi and Dante recently married, and Eli is currently studying. The mother of three has done an excellent job raising her children, as all of them look promising. Gabi is a medical lab scientist, and Dante is the owner of Dallas-Fort Worth Metroplex.

Despite knowing each other later in life, Dina Norris and her father Chuck Norris are happily reunited. The mother of three is seen vacationing around with Chuck Norris and his other kids, i.e., Mike R. Norris, Eric Scott Norris, Dakota Alan Norris, and Danilee Kelly Norris.

Everyone in the Norris household has a strong bond with each other and is there when they need help. The Walker, Texas Ranger actor, is the center of the family as he is the glue that sticks them together.

Nevertheless, Chuck Norris’s daughter Dina Norris is living happily with her wholesome family. The “lovechild” tag she held most of her life is no longer associated with her, as she is on good terms with her father.

We wish the best to Dina Norris and her family for their overall health and prosperity. We also wish to see them living happily together in the days to come.

The name Dina is primarily a girl name of Hebrew origin with the meaning “God’s Judgement”.