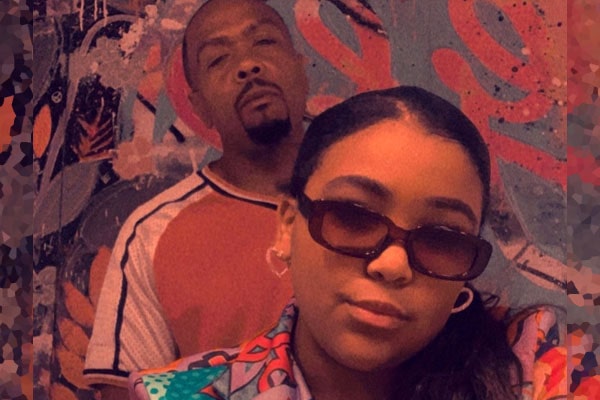 Timbaland is not an unfamiliar face to those who are in the music industry and who love music. The American rapper, singer, and record executive, Timbaland is ruling the hearts of millions of people worldwide with his innovative production work and unique ‘Stuttering’ rhythmic style. Also known by the name DJ Timmy Tim, Timbaland is also the founder of the record label Mosley Music Group, which featured artists like Nelly Furtado. Similarly, he is also the co-creator of the webcast series Verzuz with his fellow record producer, Swizz Beatz, aka Kasseem Daoud Dean.

The cousin of the American singer-songwriter Pharrell Williams, Timbaland’s professional life is crystal clear to all of his fans. However, his personal life, including his kids, is still a hot topic for almost everyone who shows interest in him. So, here, be familiar with some details on Reign Mosley, Timbaland’s daughter with his former wife, Monique Idlett.

Reign Mosley is the youngest among three kids of Timbaland with his estranged wife, Monique Idlett. She is the only biological child of the pair, whom they welcomed in November 2007. The former husband-wife duo, Timbaland and Monique Idlett, gave birth to their daughter, Reign, a year before they tied their marital knot.

Reign Mosley is the small sister of Timbaland’s two sons, Demetrius Idlett Mosley and Frankie Idlett Mosley. Both of her brothers are her mom, Monique’s children from her relationship with another man. Reign’s dad, Timbaland, adopted and raised the boys as his own after the marriage. Well, Demetrius and Frankie are her half-siblings, and she shares a great bond with them.

Furthermore, Timbaland’s daughter, Reign Mosley, attends the same school, Westminister Christian School, attended by her elder siblings. The thirteen years old beauty, Reign, seems to prefer her life far from the media limelight. Although she is available on Instagram, she has not shared a single post to date. We hope she will be active on social networking handles sooner or later so that we can learn more about her.

Her Parents Dissolved Their Marriage In 2017

Reign Mosley’s parents, Timbaland and Monique Idlett, began dating in 2004. They conceived Reign after some years in 2007. Timbaland popped the question to Monique for a wedding at their kid’s baby shower. Ultimately, they married in June 2008 in a splendid ceremony in Aruba, in the presence of their close ones and various celebrity music personalities.

However, after five years of marriage, Reign’s mom, Monique, asked for a divorce from her dad in October 2013, mentioning irreconcilable differences. Moreover, she even requested a hefty amount as alimony from Tim, which included child support, education cost, and insurance for their kids. But, they reconciled later, but it also did not last long. Monique again filed for divorce in July 2015, which got finalized in March 2017. Though the former pair dissolved their marriage, they agreed to stay close to co-parent Reign and her brothers together.

After divorce, the active contributor of American R&B music, Timbaland, found love again. Tim is currently in a romantic relationship with Michelle Dennis. Talking about Reign’s mom, Monique Idlett, she does not seem to be dating anyone at the moment. Currently, Idlett devotes her time to her career as a CEO of Reign Ventures and in philanthropic activities.

A Better Version Of Her Dad

The thirteen-year-old daughter of Timbaland with Monique Idlett, Reign Mosley, is already beginning to show her musical talents inherited from her dad. She can freestyle rap over her father’s music and is a good dancer also. In 2013, her father, Timbaland shared a video of them freestyle rapping to his song ‘My Name is Tim.’ In the video, Reign adorably sings some rhymes on getting her hair done while her dad did an incredible beatboxing session.


Moreover, during an interview with In Touch magazine in 2017, Timbaland gushed about his then-nine-year-old girl, Reign’s remarkable musical instincts. He said that his daughter is a better version of him and has the gift of great taste in music. Tim added that when he took Reign on the set of Lifetime competition series The Pop Game, she gave a dead-on judgment.

In The Pop Game, Timbaland’s daughter, Reign Mosley, saw all of the participants and gave various feedbacks, which surprised her dad. She made Tim speculate that she will run a company, pick artists, and be something big when she grows up.

For now, Reign Mosley is just in her early teens and already winning the hearts of her father’s fans worldwide with her dancing and singing skills. It seems like the world will soon get to see another Mosley shining out in the American entertainment industry.

The English origin name Reign means to lord over or to take charge.