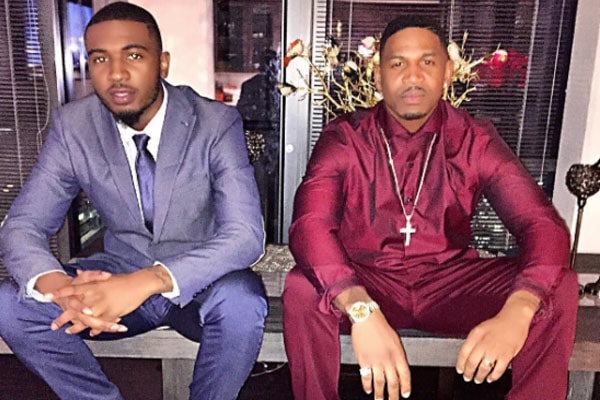 The “Leave It To Stevie” star Stevie J‘s son Dorian Jordan was born in 1995. Dorian is the eldest son of Stevie J whom he had with his ex-partner Rhonda Henderson.

There are no other kids between Stevie J and Rhonda. Stevie J has got six children in total which means, Dorian has got five half-siblings from his daddy’s side. Being the eldest, Dorian has got one younger half-brother named Stevie Jordan Jr. and four half-sisters, Sade Jordan, Savannah Jordan, Eva Giselle Jordan and Bonnie Bella Jordan.

Just like Joe Budden‘s son Trey Budden, Stevie J and his son Dorian Jordan had their differences in the past. Dorian even had released a diss track against his father.

In the track. Stevie J’s son Dorian Jordan states how his father was not around whenever he needed him the most. And when Stevie was asked about his thoughts regarding the diss track, he stated that his son Dorian might have been in his emotions.

But nevertheless, keeping everything aside, the relationship between Stevie J and Dorian Jordan is okay now. They frequently get featured in one another’s social media handle at times. And let’s hope there won’t be any more disputes between the father-son duo.

And since Dorian is an emerging rapper and Stevie J has got a lot of contacts, we hope that Stevie will look after his youngling.

At times Dorian uploads photos with his baby mama though her name is not revealed. And by the looks of it, Dorian and his partner both have a lovely thing going on.

Not just that, Stevie J’s son Dorian is also a doting father. He has a 4-year-old son named Zion Jordan which makes Stevie J his grandfather. Dorian frequently posts his son’s pictures with loving captions stating how much he adores and loves his little one.

The name Dorian has a Greek origin. In Greek, Dorian means Of Doris (a district of Greece) or of Doros who is a legendary Greek hero.