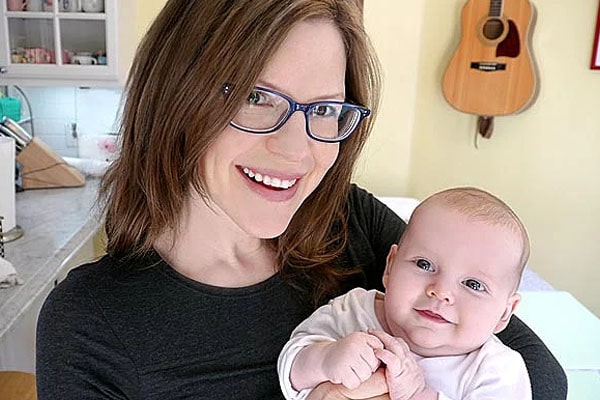 Emet Kuli Loeb Hershkovitz is the son of the famous American singer and musician Lisa Loeb with her beloved husband, Roey Hershkovitz. Along with the increasing popularity of the Loeb-Hershkovitz couple, their little one is also gaining extreme attention from their fans and media.

Moreover, many are wondering how Lisa is balancing her musical career and her role as a mom.

So, here, find some interesting facts about Lisa Loeb’s son, Emet Kuli Loeb Hershkovitz, and also know how Lisa is raising him despite her busy schedule.

He has an elder sister named Lyla Rose Loeb Hershkovitz, born two and a half years before him, on 29 November 2009.

Emet Kuli Loeb Hershkovitz’s parents, Lisa and Roey, chose his first name, ‘Emet,’ which sounds like a Southern name, so that both of their family members can pronounce his name in their own way and correctly. His father’s family is from Israel, while his mom’s family is from Texas.

Similarly, Emet’s middle name, ‘Kuli,’ is his dad, Roey Hershkovitz’s grandfather’s nickname. Since Hershkovitz’s paternal great-grandfather was a speedy soccer player, everyone called him ‘Kuli,’ the shortened version of ‘kulimász,’ which means cart grease. The little one’s dad, Roey was close to his grandfather, so his parents decided to use his name.

Lisa Loeb’s Son Is Growing Up In A Musical Environment

Lisa Loeb and her partner, Roey Hershkovitz, are raising their son, Emet Kuli, and their daughter, Lyla Rose, in a musical environment. Both of them use music to encourage little Emet to enjoy his life and move on. Whenever some kinds of tantrums arise, Emet Kuli Loeb Hershkovitz’s mom and dad play music so that his focus turns to another activity.

Growing up with parents engaged in the entertainment industry, Lisa Loeb’s younger child, Emet Kuli, is getting lots of advantages. His mom features him along with a group of other kids in her kid’s music videos. Moreover, Emet gets to hear his mother’s songs before they are released.

Besides being a great fan of his mother’s music, Emet Kuli and his sister Lyla listen to more grown-up music. They enjoy listening to other musicians like Purity Ring, Sia, and many more pop songs.

Hearing about Emet Kuli Loeb Hershkovitz’s passion for music from his mom in several interviews, it looks like he is also gradually inheriting his mother’s music skills. As Emet is too young to decide his future at the moment, we hope we will get to see him performing alongside his rockstar momma when he grows up.

Lisa Loeb’s son with Roey Hershkovitz, Emet Kuli Loeb Hershkovitz, is currently enjoying his childhood, mostly far from the reach of media paparazzi. He rarely appears at public events with his celebrity mom and dad. Moreover, Emet’s parents seem to prefer to keep him away from media scrutiny and the consequences it might result at the moment.

Lisa Loeb shares her son, Emet’s pictures sometimes on her social media handles. However, she always makes sure his face is not on view, mentioning privacy concerns. We hope Lisa will reveal her adorable boy’s face soon, and we get to see him in her projects.