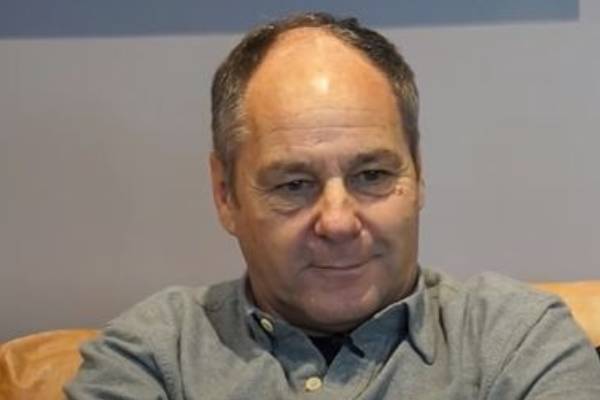 Formula One racing has become one of the most-watched and followed sports globally. It has also become a significant source of wealth and fame for a number of drivers, entrepreneurs, and business people. Several drivers in F1 history have made a good name for themselves and are recognized worldwide.

One name that cannot be forgotten from F1 history is Gerhard Berger. He is one of the most experienced F1 drivers of all time, having competed in Formula One for 14 seasons. The F1 icon has, however, kept his personal life away from the media and the limelight. As a result, much information about his personal life is unknown.

Furthermore, Gerhard is the doting father of five children from three different relationships. In this article, let’s find out about all of Gerhard Berger’s children, and how they are growing up.

Gerhard Berger’s eldest kid is Christina Troppmair. He welcomed her in 1980 with his then-girlfriend Rosi Troppmair. He and Rosi began dating around the 1970s and were together until 1987. In an article, Gerhard mentioned that his oldest child had spent the least time with him.

Christina’s dad further added that he could not give time to Christina as he was at the beginning of his career, where he was busy with anything but raising children. But with the time passing, the father-daughter duo must have made time for each other.

After his relationship with Rosi ended, Gerhard Berger met former Portuguese model Ana Corvo. The duo first met at the party exclusively held by Ferrari and sponsored by Real Companhia Velha. The party was organized on the eve of the Portuguese F1 Grand Prix, in Estoril, at the Frolic discotheque.

The couple felt an instant connection after their first meet and started dating. A few years later, in 1995, the lovebirds decided to take their relationship to the next level and got married.

The same year that they got married, Gerhard Berger’s daughter Sara Maria Berger was born in October. Two years later, on April 4, 1997, his youngest daughter with Ana Corvo, Heidi Berger, was born.

Gerhard Berger’s youngest daughter, Heidi, studied theater in London and has acted in different television series. However, his eldest daughter with Ana, Sara Maria, has not revealed much about her in public. Gerhard Berger’s children with Ana have grown up and must be doing great for themselves.

After being married for almost two decades, Gerhard Berger’s marriage with Ana Corvo came to an end. In 2013, the former duo got their divorce finalized. Their marriage reportedly came to an end due to Gerhard’s extramarital affair with Helene.

Gerhard had met Helene while he was still with Ana. In 2011, he apparently confessed to Ana his love for Helene. After the divorce, Helene moved in with Berger. Two years later, in 2013, Gerhard welcomed a daughter, Elle Berger, with his girlfriend.

Then, three years later, in 2016, Gerhard Berger’s son was born. In an interview back in 2015, he had mentioned that he would want to have a boy. He had said that he needed a boy child so that he could utilize the go-karts that Gerhard has. Well, it seems like his wish is going to get fulfilled. However, he has not revealed the name of his son.

Gerhard is known to be one of those individuals who keep their personal life private. As a result, he has not revealed much about his kids and has not brought them in front of the media. He seems to be wanting to provide a great life for his kids without any media attention.

Nevertheless, Gerhard Berger’s children from his three different relationships seem to be doing great for themselves. While he revealed that his relationship with his two daughters, Heidi and Sara, was not that good, his eldest daughter Christina and youngest daughter, Ella, are one heart and one soul.

We hope that Gerhard Berger’s kids are having a great time. Plus, we hope to know more about them in the coming days.

The name Christina carries the meaning of; Follower Of Christ and has an English origin.

The name Sara which has a Hebrew origin, means Princess. Furthermore, the name Marie means Of The Sea Or Bitter and has a French origin.

The name Heidi has a German origin, and it means Of Noble Kin.

The name Ella has a Spanish origin, and it means Young Girl.