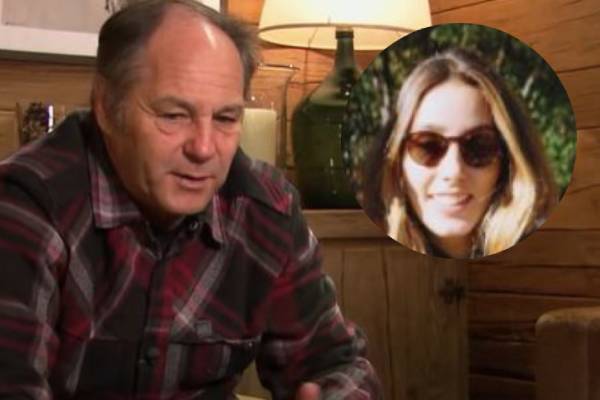 F1 has become one of the most loved and watched sports globally. Several racers like Lewis Hamilton, Michael Schumacher, Ayrton Senna, and others, have established themselves as some of the greatest racers of all time. In addition, other drivers, business people, and entrepreneurs have made a name and fortune from Formula One racing.

The one name that can never be forgotten from F1 history is Gerhard Berger. He is regarded as one of the most experienced Formula One drivers of all time, as he has competed in 14 seasons and has won ten Grand Prix. Because of his recognition globally, fans are curious to know about his love life and kids.

In this article, how about we find out about the legend, Gerhard Berger’s daughter, Sara Maria Berger, and her whereabouts.

First Child Of Gerhard With His Ex-Wife, Ana

The legendary F1 driver, Gerhard Berger, was once married to former Portuguese model Ana Corvo. The duo had met for the first time in September 1987, in Estoril, at the Frolic discotheque. The lovebirds dated for a while and exchanged vows in 1995.

Sara has a great relationship with her sister, and they must have had a great time growing up together.

Also Read: Know About All Of Joe Diffie’s Children

Her Parents Are No Longer Together

As mentioned earlier, Sara Maria Berger is Gerhard Berger’s eldest daughter with Ana Corvo, with whom he exchanged the vows in 1995. Sadly, Sara Maria’s dad and mom are no longer together. After being married for more than a decade, the couple ended their marriage.

According to an article, the couple had separated two years prior to their divorce. The divorce was finalized in 2013. As per the documents, Sara’s mom had demanded $11,500 for kids, school, rent, doctor, and many other expenses. Furthermore, she had also demanded $28,500 in maintenance every month.

Furthermore, Sara’s mom and dad’s divorce turned uglier when she filed two lawsuits, one in Monaco and one in Kufstein. They even had a dispute over the house in the picturesque village of Söll, which is not so far from Kufstein. The house became the center of the marital conflict after Ana demanded to keep the house.

However, the house belongs to the “Christina Privatstiftung,” an institution of Gerhard’s first daughter, Christina Troppmair, whom he welcomed with his ex-girlfriend, Rosi Troppmair. As a result, Christina, too, became the topic of dispute.

Sara’s mom wanted to keep that house as a second and holiday home, where they could visit during vacations from their school in Monte Carlo. However, it has not been revealed how they solved the issue about the house.

It must have been difficult for Gerhard Berger’s children, to adjust to the home environment after their parents’ divorce. But, with time, they might have adapted to it.

Moreover, Sara Maria’s dad has moved on with his life and is now dating Helen. The pair also have two kids together, a daughter and a son.

Gerhard Berger’s Daughter Attends Shows With Her Mom And Sister

Gerhard Berger’s daughter, Sara, is often spotted with her mom and sister on different fashion shows and events. She loves attending various events in order to support her sister, who is an emerging actress and model.

There’s another thing that Gerhard’s baby girl must be proud of, i.e., to be the daughter of the former Portuguese model, Ana Corvo. Her mother spent many years dazzling on the ramp. But she took a break from the modeling industry to look after Sara and Heidi.

Talking about Sara’s sister, she studied theater in London after completing high school. She has also starred in several Portuguese and Austrian series and has done modeling for different brands.

In November 2011, Sara attended L’Agence Go Top Model in Lisbon with her sister and mom. She must be proud of her sister’s achievements.

Unlike her sister Heidi, information about what Sara Maria does and her profession has not been revealed. She has kept her Instagram private and has not talked much about her life in public.

Nevertheless, she might be doing great for herself. We hope to learn more about Gerhard Berger’s daughter, Sara Maria Berger, in the coming days.

The name Sara has a Hebrew meaning, and it means Princess. Similarly, Maria is of Latin origin and means Of The Sea Or Bitter.