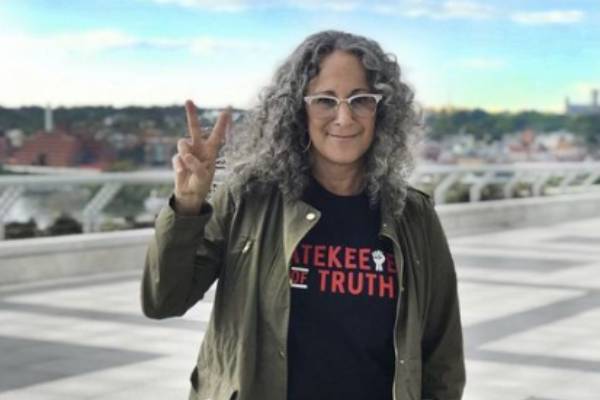 Born Harold George Bellafanti Jr., Harry Belafonte is a singer, songwriter, activist, and actor. He is the first African American person to win an Emmy Award. Furthermore, he is best known for his song, The Banana Boat Song. With his extraordinary talent and skills, the singer has gained immense fame and fortune in his career.

Talking about his personal life, the talented musician has been married three times. From all those relationships, he has four children, three daughters, and one son. All of them have grown up and started their own families. Thus, today’s article is about Harry Belafonte’s daughter, Gina Belafonte, including her career, husband, and kids.

Is The Youngest Daughter OF Harry And Julie

Gina Belafonte is the baby girl of Julie Robinson and Harry Belafonte. She was born on 8 September 1961 in New York, USA. Moreover, her parents tied the knot on 8 March 1957.

Gina Belafonte’s mother, Julie, is a former dancer with the Katherine Dunham Company. In addition, she is of Jewish descent. Gina’s father and mother were happily married for over five decades. However, her parents divorced each other in 2008.

Apart from the youngest Belafonte, the former couple welcomed another child, David Belafonte, on 30 September 1957. He is the only son of Harry Belafonte and is a renowned actor. In addition, he is a producer and former executive director of Belafonte Enterprises.

Futhermore, Gina Belafonte’s father was married to Marguerite Byrd from 1948 to 1957. That was his first marriage, from which he has two children, Adrienne Belafonte and Shari Belafonte. Thus, they are the half-siblings of Gina.

Additionally, Harry is currently married to a photographer, Pamela Frank. They don’t have any children together yet.

Harry Belafonte’s Daughter Is An Actress

As the child of a famous personality, Gina must have been influenced by her father from earlier. She followed in the footsteps of her older brother and dad and has established herself as an actress with over twenty acting credits. Not only that, but the gorgeous lady is also a producer with five credits.

Moreover, the beloved daughter is popular for starring in BlacKkKlansman, The Commish, Operation Splitsville, etc. Furthermore, like her father and older siblings, Gina has dedicated her life to activism. She co-founded Sankofa.org, which elevates the voices of the disenfranchised and promotes justice, peace, and equality.

The actress has produced several international and critically acclaimed documentaries. For instance, she was the lead producer of Sing Your Song, which explored the extraordinary life and legacy of her father. In addition, the documentary was selected as the opening film for the 2011 Sundance Film Festival. Some of Gina’s other notable works include A Survivor’s Guide To Prison, The March, 5 Tips and Tricks in a Relationship, etc.

Who Is Gina Belafonte’s Husband?

Harry Belafonte’s daughter is a married woman with kids. She tied the knot with Scott McCray some years back. Not to mention their deep love and affection for each other. Additionally, Gina Belafonte’s husband also has several acting credits.

The Belafonte-McCray couple leads a beautiful family of three, including their only daughter, Maria Belafonte. The latter has followed in her family’s footsteps and is an actress, director, and writer.

Nevertheless, Harry Belafonte’s daughter has accomplished great success both in her personal and professional life. Also, she is living comfortably with her family. We wish her more prosperous and peaceful life ahead.

Gina is a name of Italian origin that means Queen.