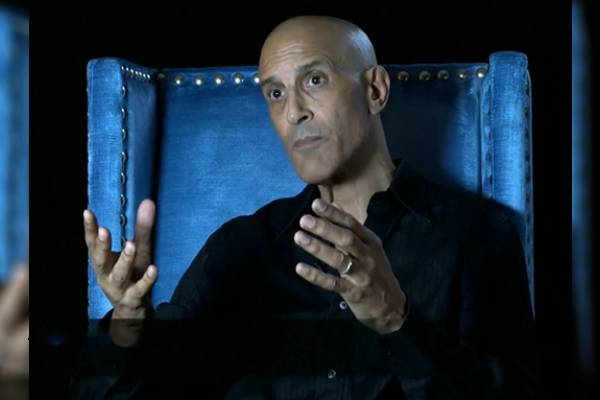 Harold George Bellanfanti Jr., shortly, Harry Belafonte is a renowned singer, songwriter, activist, and actor. He was born and raised in Jamaica. With his extraordinary skills, Belafonte has established himself as one of the most successful artists.

Apart from his rocking musical career, the songwriter is a family man with four children. All of them have grown up and started their own families. So, today we are talking about Harry Belafonte’s son, David Belafonte, including his career, family, and kids.

David Belafonte was born to his father, Harry Belafonte, and mother, Julie Robinson. He was born on 30 September 1957 in New York, USA. After him, his parents welcomed a daughter, Gina Belafonte, in September 1961, who is a talented actress and producer.

Furthermore, David Belafonte’s father and mother walked down the aisle on 8 March 1957. They were together for nearly five decades before ending their marriage in 2008. Moreover, Harry Belafonte’s ex-wife is a former dancer with the Katherine Dunham Company. She is of Jewish descent.

Before getting married to Julie, the musician was married to Marguerite Byrd. The Belafonte-Byrd couple divorced in 1957. During their time together, the ex-pair welcomed two daughters, Adrienne Belafonte and Shari Belafonte.

Therefore, David Belafonte is also an elder brother of his two half-sisters, Adrienne and Shari. Above all, David’s father is now happily married to Pamela Frank, a photographer. However, they haven’t welcomed any children together.

Harry Belafonte’s Son Is An Actor And Producer

As the son of celebrity parents, David must have developed a passion for the entertainment industry from earlier. As a result, he is pursuing an acting career. In addition, he has also shown interest in script-writing.

The talented songwriter’s child has six acting credits and three writing credits as of now. Among them all, he is famous for Timebomb, The Christmas Pearl, The History of Everything Circa 1993: F/K/A Kissy Cousins Monster Babies, etc.

Apart from that, David also has two producing credits. He was an associate producer for the TV special, An Evening with Harry Belafonte and Friends. Likewise, he was also a co-executive producer of the video, Squatters. Aside from that, the producer was involved in different companies namely, Belafonte Arts & Media LLC, Belafonte Enterprises Inc., etc. He is also a partner of The Pink Pirate Agency LLC and The Journey Fashion Festival LLC.

Furthermore, like his family members, David is also a dedicated activist. He is the CEO and co-founder of The Belafonte Family Foundation. The foundation focuses on providing resources and programming for disenfranchised youth. Aside from that, the producer is an advisor for BOLD Capital Group, LLC.

In addition to that, the actor has been involved in most of his dad’s albums, tours, and productions. Thus, the father-son duo also has a business relationship alongside their already close bond.

Thanks to his acting, producing, and other ventures, David Belafonte’s net worth must be a considerable amount. Speaking of which, his dad, Harry Belafonte, has a fortune worth $28 million.

Who Is David Belafonte’s Wife?

Harry Belafonte’s son shares a blissful marital life with Malena Belafonte since 2000. The pair is still together and lead a wonderful family of four, including a daughter, Sarafina Belafonte, and a son, Amadeus Belafonte.

Moreover, David Belafonte’s wife, Malena, was born and raised in Denmark. She is a former international fashion model-turned singer, producer, and creative director. She is the daughter of Aksel H. Mathiesen, who was a composer and conductor. Similarly, Malena’s mother was a soloist and music professor.

Furthermore, David Belafonte’s daughter was born in 2003 and is signed to CESD Talent Agency. Also, she is attending Columbia University and going to graduate in 2026. In addition, she seems to be involved in the Belafonte Family Foundation.

On the other hand, David Belafonte’s son, Amadeus, born in September 2007, is a child model. He walked for Nancy Vuu Production & Design in 2016. He must be focusing on completing his high school education now.

Nevertheless, Harry Belafonte’s son has established himself as one of the most talented producers and actors in the entertainment industry. Apart from his professional success, he also has a beautiful family. We wish David Belafonte and his family a happy and joyful life ahead.

The name David is of Hebrew origin that means Beloved.