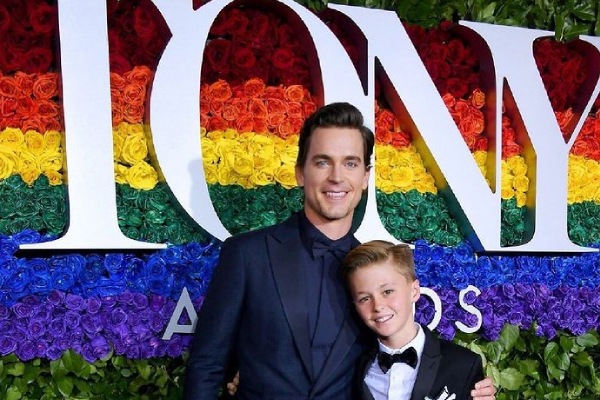 Henry is one of the three sons of actor Matt Bomer with publicist Simon Halls.. Image Source: Instagram/mattbomer.

If you are in love with the American entertainment industry, you must have heard the name Matt Staton Bomer or Matt Bomer. He is an American actor known for commercially and critically successful movies such as Flightplan, In Time, Magic Mike, Superman: Unbound, The Normal Heart, Magic Mike XXL, The Magnificent Seven, etc. Not only movies, but Bomer has also worked on dramas and plays such as White Collar, Chuck, Doom Patrol, The Boys in the Band, etc. Bomer has already proved his caliber by receiving highly prestigious accolades like Golden Globe Award and Critic’s Choice Television Award.

Most of us are probably aware of Matt Bomer’s professional life and history, but there is more to his life. Matt Bomer is married to publicist Simon Halls since 2011 and has three kids with him. Matt’s life had come into highlight after he revealed his same-sex marriage in 2014. You might be curious to know about their children and their parenthood, so here is an article on one of Matt Bomers’ sons, Henry Halls.

But the two are not the only children Matt and Simon have. Henry and Walker also have an elder brother Kit Halls. Matt and Simon welcomed Kit in 2005. Henry and his siblings Walker and Kit share a strong bond and hold a huge place in Matt Bomer’s life. It’s good to see how the children insisted Matt and Simon into getting married in 2011. All of this side of Matt Bomer’s life was kept a secret until 2014. He first talked about his husband and sons while accepting an award. After the big reveal, Matt has been pretty open about his married life and his children.

As said earlier, Matt Bomer does not hesitate to introduce his family in the media. In fact, he asked his son Henry Halls to accompany him to the 2019 Tony Awards. Henry, being only 11 years old, showed an act of huge courage and agreed to it. While Matt Bomer’s son Henry Halls was dressed in a J.Crew suit, the actor wore an Armani suit to the event groomed by Melissa Adelaide. Later, Matt Bomer even posted an appreciation post for Henry and mentioned how proud he was.

Matt Bomer’s children accompany their parents not only into these fancy events but also to important events such as pride parades. Bomer wants his children to be more responsible; he wants them to dress themselves so that they can make choices and decisions as such in life. As of now, Henry is living a happy and luxurious life with his parents and two siblings.

‘Henry’ is a boy’s name of German Origin. It means ‘Estate Ruler or Home Ruler.’