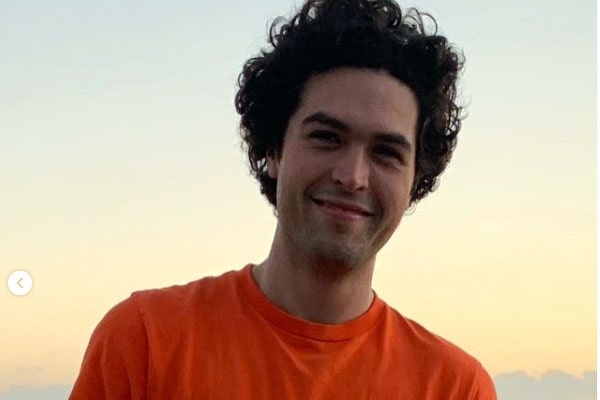 Joey Armstrong, born Joseph Marciano Armstrong, is widely popular as the rock band Green Day’s frontman, Billie Joe Armstrong‘s son. Besides gaining notoriety as a legendary musician’s offspring, Joey has made a name in the music industry in his own rights. Currently, he is famous as the drummer for the band SWMRS.

A year ago, Joey Armstrong made headlines after being accused of sexual misconduct. Since then, he is gaining extra media and public attention. Many are eager to know his personal and professional details as well as the details on the sexual misconduct accusations made against him.

So, here, let’s get a closer look at the life of one of the Armstrong kids, Joey Armstrong, who is now working hard to sharpen his musical skills.

Joey Armstrong is the first child of the Green Day’s drummer, Billie Joe Armstrong, with his beloved wife, Adrienne Armstrong. The Armstrong couple welcomed their son Joey on 28 February 1995 in Oakland, California.

Joey Armstrong’s parents, Billie Joe and Adrienne, exchanged their wedding vows secretly in their backyard on 2 July 1994. According to the lovely pair, they found out that they were pregnant with their first kid just a day after their marriage.

Furthermore, some years after his birth, Joey became blessed with a sibling, Jakob Danger Armstrong. His younger brother, Jakob, made the Armstrong family complete with his arrival on 12 September 1998.

Following His Dad’s Footsteps In The Music Industry

Like many of the celebrity kids worldwide, Billie Joe Armstrong’s son, Joey Armstrong, is also carrying on his father’s legacy. Exposed to a musical environment since birth, Joey also inherited his rockstar dad’s skills. And, currently, he is making his name in the American music industry on his own, mainly as a drummer for the band SWMRS.

Joey Armstrong’s official website mentions that he and his friend Cole Becker formed a band named Emily’s Army in 2008. Soon after its formation, Cole’s brother, Max Becker, joined the band to play bass. From then, they renamed their band The Raining Souls and later, The Clocks.

However, Joey and his band members again settled their band’s name to Emily’s Army in honor of Cole and Max’s cousin struggling with cystic fibrosis.

Joey Armstrong and his bandmates released their first set of songs in a project titled This Kid on MySpace in 2008. After the addition of lead guitarist Travis Neumann in their band, they released two EPs titled Regan MacNeil and Broadcast This.

Later, Joey’s band also collaborated with his dad, Billie Joe Armstrong, in the winter of 2010 while preparing to release their debut album Don’t Be a Dick. Then, again in 2013, Emily’s Army collaborated with Billie to release their second studio album, Lost at Seventeen. Both albums were released through Armstrong’s family record label Adeline Records and Rise Records.

After releasing their last project, the EP Swim, in July 2014 under the name Emily’s Army, Joey and his colleagues collectively changed its name to Swimmers. Later, they settled their band’s name on SWMRS in 2015. Ever since then, Joey and his SWMRS band have released a number of singles and albums. Also, they tour around different parts of the United States and perform with many other music artists.

Has Worked With His Dad In A Couple Of Music Projects

As mentioned earlier, the budding musician Joey Armstrong also collaborates with many other artists, including his famous dad, Billie Joe Armstrong. He contributed to his family band The Boo‘s self-titled EP in 2011. Joey was in drums while his mom, Adrienne, sang, and his dad and his brother played guitar and bass.

Similarly, Joey Armstrong, together with his brother and his father, performed a cover of one of the Tommy James and the Shondells’ singles in 2020. The Armstrong boys performed ‘I Think We’re Alone Now’ in an episode of Late Late Show With James Corden. The Armstrongs presented the cover from a small studio at their home where they were living during the COVID-19 pandemic.

Besides that, Joey Armstrong has worked with his father and his brother on many more music projects. And, we hope we will see them performing together on the same stage in the upcoming days also.

Back in July 2020, the frontwoman of the LA-based band The Regrettes, Lydia Night, publicly accused Billie Joe Armstrong’s son, Joey Armstrong of emotional abuse and sexual coercion. She came forward about her story through a post on her Instagram page.

As stated by Joey Armstrong’s ex-girlfriend, Night in her post, Armstrong approached her on Instagram in May 2017, when he was 22, and she was 16. After getting an opportunity to tour with the band, she alleged that she and Joey began a year-long relationship. However, Armstrong told her to keep it secret from her parents. Furthermore, Night mentioned that Joey pressured her to move faster sexually than she was used to.

Later Joey Armstrong responded to Lydia Night’s statement about their relationship via a post on his band’s Instagram account. He said that he doesn’t agree with some of the things Night said about him. But, he thinks that she should be allowed to say them and be supported for speaking out.

Joey further explained that he respects Night and accepts that he failed her as a partner and treated her wrong during their relationship. Also, he wrote that he had apologized to Night privately, and hopes she can forgive him whenever she wants.

Finally, Joey accepted his mistakes and assured all of his fans that he would work hard to regain the trust that he lost. He has also not talked about his love life since then so, if Joey is dating anyone is unknown.

Hopefully, Lydia Night and Joey Armstrong have come to an understanding. Billie Joe Armstrong’s son might have learned from his mistakes and is working on improving himself. And let’s hope we won’t have to hear more allegations from Joey Armstrong’s partners in the coming days.

Also, let’s hope the SWMRS are back in the studio and unveil their musical project soon.

Joseph is a Hebrew origin name that means “he will add.” Similarly, the middle name Marciano is of French origin, which means little warrior.