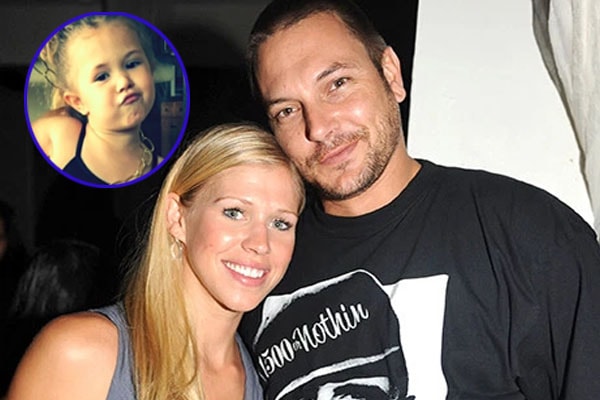 The DJ and rapper, Kevin Federline‘s daughter Jordan Kay Federline was born on August 15, 2011. She is the first daughter of Kevin Federline with his current wife, Victoria Prince, and the fifth child among his six children.

The cute Jordan is seven years old now, and she resembles her little sister, Peyton Marie. In most of the occasion, you can find them wearing the same dress. It’s rare to find where Jordan doesn’t add cherishable moments when being with the sister. She loves her sister and keeps her best attempt to make her happy.

One of the most memorable pictures Jordan has got with her sister is when she meets her sister in the hospital during the born day.  Since then, they have been like best friends forever. Jordan also teaches her little sister how to play hopscotch.

The cute Jordan has got lots of amazing things to share with us. She can memorize the lyrics and likes to sing songs.  And she has also started learning skateboard with her brother. One brave thing we found about Jordan is that Jordan could pull out her own losing tooth. In that case, she doesn’t need to bother her parents.

Jordan Kay is also the part of a baseball team and her all siblings have been there to watch her game. We have also come to know that Jordan has got some amazing dance moves. She was killing it in her father’s Snapchat.

During Jordan Kay’s fifth birthday, her father Kevin invited a Minnie Mouse in her house. It looks like the adorable Jordan’s favorite cartoon character is Minnie Mouse. She seemed more than happy.

The name Jordan is derived from the Hebrew Yarden, and it is taken from the Jordan river meaning “to descend.” Kay is an English middle name reduced from the name McKay.