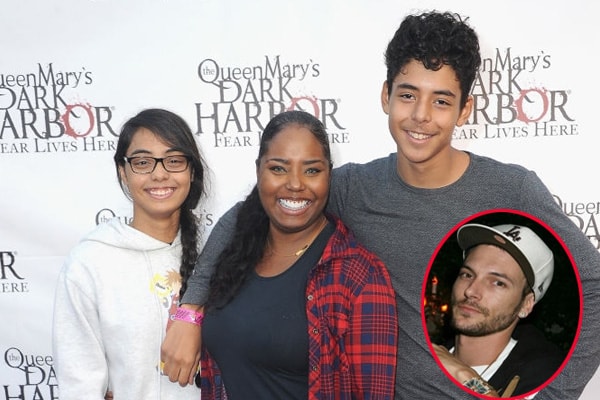 The American rapper, Kevin Federline‘s son Kaleb Michael Jackson Federline was born on July 20, 2004. Kevin has altogether six children with three different relationships, and he welcomed Kaleb when he was with Shar Jackson. Kaleb Michael’s parents were engaged, but there is no record of their marriage.

Kaleb has a sister named Kori Madison Federline who lives with him at Kevins’s house with step-mom Victoria Prince. He has got four half-siblings named Sean Federline, Jayden James Federline, Peyton Marie Federline, and Jordan Kay Federline. Besides from Kaleb’s mother, he has two half-siblings: Donovan Jackson and Cassilay Monique Jackson.

Kaleb Michael is the second child of Kevin with his ex-fiancee Shar Jackson. The couple broke shortly after their son’s birth which caused huge breakdown for Kaleb’s mother who maintained the far relationship through co-parenting. Since then, Kaleb and his sister have been sharing the quality time with both parents but separately.

Kaleb Michael has a special relationship with his half-siblings. In every special occasion, he can be seen enjoying and playing. Though they share a different mother, it looks like Kevin’s children share the lovely bond among the big family. It is apparent in Kevin’s statement that he has got the greatest kids who love each other’s presence. And when it comes to dancing, they go wild including Kaleb Michael.

As for now, Kaleb isn’t active on social media and hasn’t got an Instagram account as well. However, Kevin shared one picture of Kaleb where he has visited Universal Hollywood with Kori and younger sister Jordan. The big brother Kaleb likes to play with his two adorable sisters.

Kaleb Attends Event With His Mother

Kaleb Michael’s mother is an American Actress and singer. She had a breakdown of her family after she split with Kevin, but she doesn’t want to disappoint her son with parental issues. She tries her best to provide the best environment for her children including Kaleb.

Kaleb has been to Toyota Los Angeles Mission as volunteers with his mom and siblings. Shar has shared one video of Kaleb where he was singing to his mother for junk foods. You can find him singing quite well. No wonder he has got the mother’s gene in him.

Kaleb is a Hebrew baby name which means brave. Michael is also a Hebrew origin. It means “no person like god’. The name Jackson is a Scottish name meaning ‘God has shown favor'”.