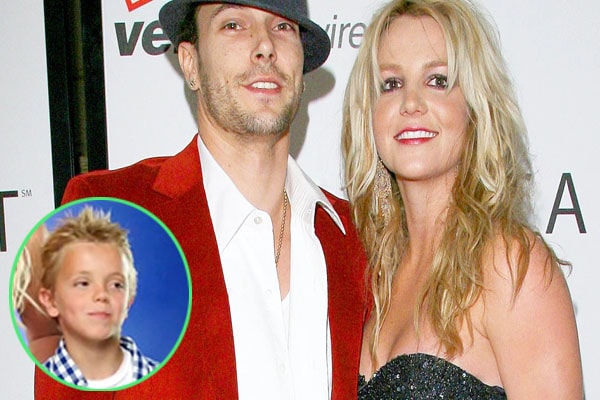 The pop icon Britney Spears’ son Jayden James Federline was born on September 12, 2006. He is the second child of Britney Spears whom she shared with her ex-husband Kevin Federline.

Even though Jayden couldn’t share the same roof with his parents as a family used to be, he tries his best to show up in his mother’s house with brother Sean. Together, they have been to London for the tour, and in the meantime, they take out their precious time to spend quality time over dinner. And one thing Jayden and his brother don’t miss to do is make a video scaring off their mom.

The 12-year-old Jayden seems to be doing well with his half-siblings; he puts his best effort to guide his younger half-sister in reading. The father of four kids, Kevin also keeps his children happy and make them feel special. Despite being born on different days, the Federline brothers spend their birthday celebration together

Jayden and his brother Sean share a close relationship. They are seen doing almost every things together like from the birthday celebration, tour, and painting. They instead look more like twins than siblings.

You may find Jayden James and his brother more with their mother but the fact is Britney lost the custody when she broke up with her ex-husband Kevin Federline. However, even after a decade she still struggles to keep her continuous updates on her kids to win her child back.

Jayden’s father, Kevin is a Dj and rapper. Ever since he parted with Britney Spears, Jayden and his brother Sean have been mostly together with their father’s family who already has four kids. Their expenses are mostly covered up by Britney, and some source revealed that  Kevin has asked for more. The struggling mother can’t make sure whether the money goes right to her children or not. Whatsoever, they are still in good terms.

Jayden is taken from the biblical and it means thankful. James means “Supplanter” which is derived from the Hebrew name Jacob.