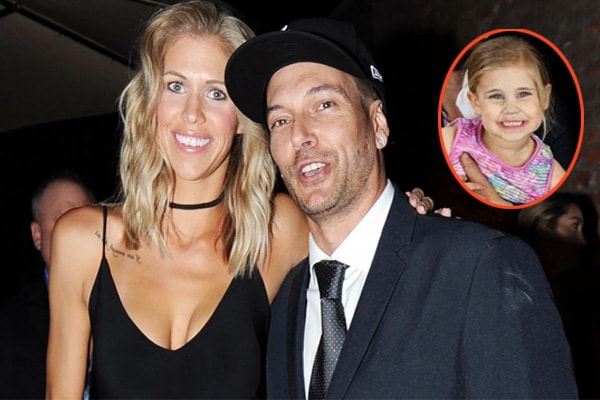 Kevin Federline’s daughter Peyton Marie Federline was born on April 4, 2014. She is the second child of Kevin with his current wife, Victoria Prince.

Peyton’s dad, Kevin Federline is fond of animals. You can mostly find him with animals like snakes, tortoise, and he has dogs at his home. It looks like Peyton has also shared the same interest as her father. She can’t stop meeting them and adores animals. During daddy’s day, Peyton had been to see fish, and she even met the tortoise where she was pictured patting on its back.

Peyton Likes To Spend Time With Her Siblings

Peyton has got a bunch of friends at home with whom she can play and share her big times. She had a memorable birthday with family on her turning to four. Peyton also shares a good bond with her half-brothers. Jayden reads for her about Star Wars before going to sleep, and for whatever she wants to experience, her brothers let her do as she wishes.

Peyton also likes to take a ride in her small ice cream truck which is totally too small for her but she loves it. During the holiday, Peyton likes to spend time near the beach with her siblings and play with sand.

Peyton’s sister Jordan has got similar looks like Peyton when she was small. Not only with the looks, but they also seemed to have shared the same personality. During 2016 Halloween, they had worn the same skeleton attire with white-black painted face and even on Easter at Columbia, she had worn the same pink dress as her sister. The two look totally adorable and cute.

Peyton is used in English countries which means fighting man’s estate. The name Marie is derived from Hebrew Miryām meaning lady of the sea.