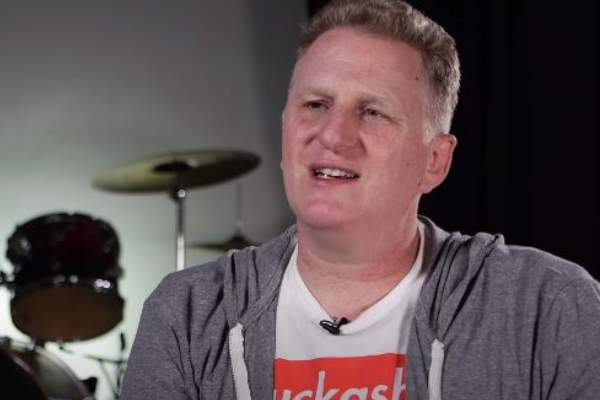 Having been active in the entertainment industry since the early 1990s, Michael Rapaport needs no introduction to comedy fans. Born Michael David Rapaport in New York City, he is a well-known actor and comedian who has appeared in over 100 films and television series. Likewise, he is also popular for his podcast, I am Rapaport Stereo Podcast.

To talk about his personal life, Rapaport is a proud father of two sons, whom he welcomed with his former wife, Nichole Beattie. However, it has been several years since the media got sight of the boys. Hence, let’s know what Michael Rapaport’s children are doing these days.

As already mentioned, Michael and his former wife, Nichole share two sons. Among Michael Rapaport’s kids, Julian Ali Rapaport is the eldest. He was born in 2000. Then, two years later, in 2002, Maceo Shane Rapaport arrived. Furthermore, he was named after Vincent Mason, aka Maseo of De La Soul.

Their Dad Has His Own Way Of Disciplining Them

Every parent wants their kids to be disciplined. However, they have their way of teaching them about it. Likewise, in Dr. Phil’s season 4, Maceo and Julien’s dad discussed about his habit of disciplining them. As per Creeto, Dr. Phil and Michael were referring to the latter’s character in the series The War at Home. In the series, he portrays the role of a father with three teenage kids, and in one of the scenes, he had to spank his children to teach them discipline.

While talking to the show host, Maceo and Julien’s father stated that the dad and mom must be the boss. When boundaries are set, the kids do better. Mr. Rapaport added that he does not necessarily spank his little ones but uses a harsh way to discipline them. In response, Dr. Phil added that the most effective way of punishing children is to put them somewhere they cannot entertain themselves.

Their Parents Are Divorced

As mentioned earlier, Maceo and Julien are Michael Rapaport’s children with Nicole. The couple tied the knot on January 15, 2000. The duo enjoyed their marital bliss for many years.

However, in May 2004, Michael Rapaport’s former spouse filed for a legal separation citing irreconcilable differences as the cause. Likewise, she also requested spousal support payments and joint custody of the kids. The divorce was finalized in 2007.

Following the divorce, Maceo and Julien must be making time between their dad and mom. Likewise, as per Creeto, they live with Michael and his current wife, Kebe Dunn.

Did Michael Rapaport Argue With His Son On Twitter?

Michael Rapaport’s sons have a relatively low social media presence. However, once one of his kids supposedly argued with him on social media. The latter came to the actor’s defense when journalists Lindsay Robertson and Alex Leo criticized him for taking Aziz Ansari to task for comparing Chris Brown to Donald Trump in his SNL monologue.

It started when Robertson and Leo asked why Michael was insulted by Ansari’s joke. Then, Robertson suggested it was because he had his own criminal history with women to worry about, indicating the 1998 incident where he admitted to harassing his then-girlfriend Lili Taylor.

An account under the name “Dean Rapaport” tweeted how dare the reporters talk about his father and that they were spewing hate on Twitter. He further added that they were the reason he got bullied at school and how they knew nothing about his dad. Then, Michael followed up by asking him to stop through a tweet. He also said he’d have someone at Dean’s school take his phone away.

Leo apologized to Dean, and he accepted it but later revealed that the allegations against his father were the reason he was getting bullied. Michael again tweeted to inform him that his teacher was coming to study hall to take away his phone. Dean tweeted his father that he was sticking up for him. Furthermore, the actor wrote in response that he was fine and they were confiscating the phone, and the nanny was coming to get it from school.

However, Michael doesn’t have a son named Dean. So, could one of his kids have used the Twitter handle under the name Dean as a disguise? Later, Rapaport asked Leo and Robertson to leave his family out of their tweets. After that, the rants were stopped.

Nevertheless, Michael Rapaport’s children must be doing well away from the media limelight. Judging from their age, they must have completed high school. Hopefully, we will learn more in the coming days.

Commonly used as a boy’s name, Maceo has a middle English origin, and it means “heavy staff or club.” The name Shane, which stems from the Irish name Sean, means “god is gracious.”