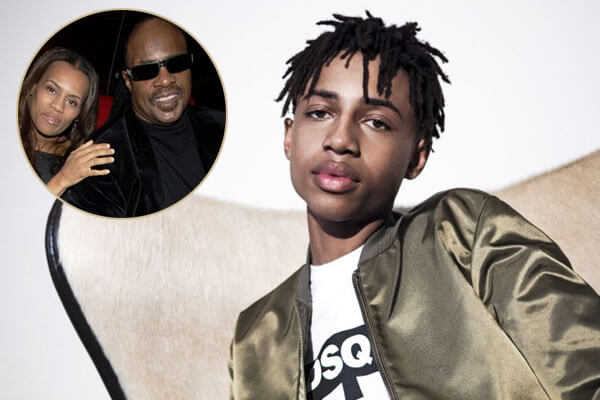 California native Mandla Morris is growing up to be a successful actor, designer, and singer. He has a large Instagram following, with over 173K followers as of July 2019. As for his dating life, he is possibly single. Mandla is a singer and dancer, and he is famous for appearing in the reality series Dancing with the Stars: Juniors.

At a young age, Mandla Kadjay Carl Stevland Morris has gained success as a junior dancing star. He was a contestant on season one of the Junior version of Dancing with the Stars. In the competition, his dance partner was the beautiful Brightym Brems, and his mentor was Cheryl Burke.

Besides his television career, Mandla has also acted in Hollywood movies. His debut film appearance was in the romance drama A Star is Born (2018). For his movie performance, he received praise from critics and fans alike. Mandla’s parents, Stevie and Kai Millard, must be proud of their youngest son.

Likewise, Mandla is already popular for being Stevie Wonder and his ex-wife Kai Millard Morris’ son. Now, his talent for dancing and acting is making him more popular among his fans. Similarly, Mandla is close friends with Mick Jagger’s son, Lucas Jagger too.

Among his friends are also his brother Kailand’s girlfriend, Maddie Ziegler. Going by his Instagram posts, he hangs out with them often, going to the movies and partying together. In the past, there were rumors that Mandla Morris’ girlfriend was none other than Maddie’s sister, Kenzie Ziegler. However, the duo is just friends and are not dating.

Undoubtedly, Mandla enjoys life to the fullest. He is set to become a successful celebrity in the future.

The name Mandla is of African origin, which means “strength.” Kadjay comes from the African, meaning “warrior.” Carl is a German origin name, meaning “strong man.”