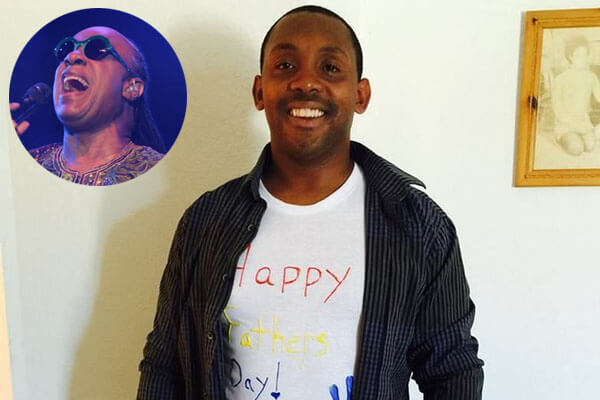 Mumtaz Morris is Stevie Wonder‘s son who was born in 1983. Stevie had him with his baby mama, Melody McCulley. Now a grown-up adult, Mumtaz lives on his own and makes music as a career passion. Mumtaz Morris’ parents, Stevie and Melody, are former lovebirds. The pair dated in the past and had Mumtaz as their only son together.

Mumtaz’s father Stevie Wonder has fathered nine children altogether. So, Mumtaz Keita has got eight half-siblings from his dad’s side. They are Sophia Morris, Aisha Morris, Nia Morris, Kailand Morris, Mandla Morris, Keita Morris, and Kwame Morris. One of his half-brother’s name is still in the dark.

Following in his father’s footsteps, Mumtaz Morris has created a name for himself in the music world. He is a reasonably successful R&B singer and has released his singles including The Gift and The Curse on his Mixcloud account.

It seems that Mumtaz also has music in his blood like his family members. Mumtaz’s half-brothers, Keita Morris, Mandla Morris, and Kailand Morris are also passionate music lovers.

Some of them, like Keita, are pursuing a professional career in music. Likewise, it’s a given that Mumtaz takes musical inspirations from other famous singers and artists. But his single most inspiration is his dad Stevie himself! Here’s him singing Ribbon In The Sky.

Apart from his professional activities, Mumtaz is also fond of spending time with the family. He carries his skills with him to parties and entertains the guests. Sometimes, he plays music at family gatherings, accompanied by his father Stevie and talented siblings.

Life is going well for Mumtaz, who is 36-years-old at the moment. Whether he is married or is in a relationship is a matter that is behind the scenes. However, we can guess that Mumtaz has loved ones who care about him and support him on his journey.

The name Mumtaz is of Arabic origin, which means “excellent.”