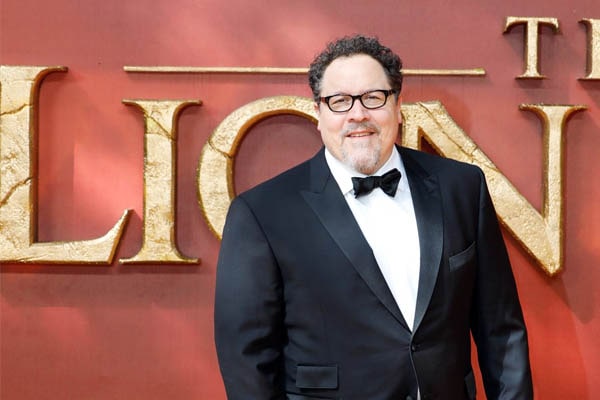 Jon Favreau is a famous American actor, screenwriter, and filmmaker. As an actor, he has performed in several blockbuster films such as Chef, Rudy, The Replacements, Daredevil, The Break-up, and Couples Retreat. Similarly, as a filmmaker and director, he has worked for several movies by Marvel Studios and others such as Avengers: Infinity War, Elf, The Jungle Book, The Mandalorian, and many more. Besides, Favreau creates films under his production company, Fairview Entertainment.

The presenter of the cooking show The Chef Show, Jon Favreau, is a responsible family man. He is in a marital relationship with Joya Tillem, a medical practitioner and niece of T.V. personality Len Tillem, since 2000. The long-time couple, Jon and Joya, are blessed with three kids, Max Favreau being the eldest.

Here, learn more about Jon Favreau’s son, Max Favreau, and know if he is also in the film industry.

Only Son Of Jon Favreau With His Wife, Joya Tillem

Max Favreau is the eldest child and the only son of Jon Favreau and Joya Tillem. He arrived a year after his parent’s wedding on 25 July 2001. He is the first grandchild of an elementary school teacher Madeleine Favreau and a special education teacher, Charles Favreau.

Furthermore, Max Favreau’s father, Jon Favreau, loved the idea of the darker, freakier side of Star Wars, the Mad Max aspect of Star Wars since he was a child. So, people speculate that Jon named his first child, Max, after the same character.

Has A Couple Of Acting Credit To His Name

Like his younger siblings, Madeleine and Brighton, Jon Favreau’s son, Max Favreau, also has some acting credits to his name. At the age of eight, he lent his voice to a character in the 2009 action and adventure film G-Force alongside Will Arnett, Nicolas Cage, and Penelope Cruz. His dad, Jon Favreau, also starred as Hurley in the same movie.

Similarly, Jon Favreau’s son, Max Favreau, gave a remarkable performance as a young Peter Parker in the 2010 superhero film Iron Man 2. Also, he is the voice-over actor behind the fantastic voice of young wolf in the 2016 blockbuster fantasy movie, The Jungle Book. His father, Jon Favreau, is the director of both films.

However, the twenty-year-old son of Jon Favreau, Max, does not seem to have appeared in any other movies after his appearance in the three films mentioned above. Probably, he might be currently focused on his studies and preparing to come back soon with a more prominent role.

Usually Stays Away From The Media Spotlight

Jon Favreau is very secretive concerning his personal life. Although he regularly updates his professional life on his social media handles, he never uploads his family pictures. Despite being a son of an iconic Hollywood figure, hardly a few photos of Jon Favreau’s son, Max Favreau, are out on the media.

Moreover, the grown-up son of Jon Favreau, Max, also does not seem to be available on social networking sites. It looks like he prefers to stay far from the limelight. But, we hope we might see Max Favreau soon shining out in the American showbiz like his celebrity dad.

The boy name Max is a short form of the Latin name Maximillian which means the greatest.