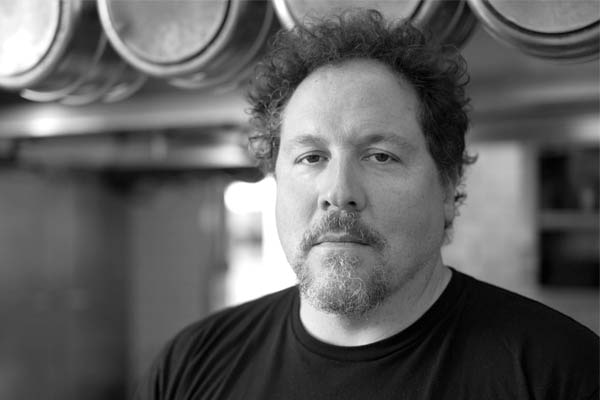 Jon Favreau is a famous American director, producer, and actor. Favreau’s acting credit goes to several notorious films such as PCU, Daredevil, Couples Retreat, The Wolf of Wall Street, and Chef. Similarly, as a filmmaker, he directed several movies being present in the Marvel Cinematic Universe like Iron Man, The Avengers, Spider-Man: Far From Home, and many more. Besides, Favreau is also the creator of the television production company named Golem Creations Ltd. LLC. Lately, his company produced the TV show, The Mandalorian in partnership with Lucasfilm.

Director Jon Favreau is a family man, married to a physician and the talk show host, Len Tillem‘s niece, Joya Tillem, together, the pair have three children. Here, meet Jon Favreau’s daughter, Madeleine Favreau, who follows in his footsteps in the American Entertainment industry.

Second Child Of Jon Favreau With His Wife, Joya Tillem

Jon Favreau married Joya Tillem on 24 November 2000 after dating for a while. Their daughter, Madeleine Favreau, joined the family three years later, in April 2003. She is the second child and the first daughter of the happily married couple, Jon Favreau and Joya Tillem. Madeleine has an elder brother, Max Favreau, born on 25 July 2001, who appeared in Iron Man 2 as a young Peter Parker. Similarly, she has a younger sister, Brighton Rose Favreau, born in August 2006.

Madeleine’s parents, Jon and Joya, named her after her paternal grandmother, Madeleine Favreau, who passed away from leukemia in 1979. Like many other celebrity parents, Madeleine’s dad, Jon, also seems to prefer to keep her personal life far from the media scrutiny. As a result, most of her details are hidden from the public view. However, being a child of a multi-millionaire dad, she might have been spending her life full of luxuries.

She Has A Couple Of Acting Credits To Her Name

There are many celebrity babies worldwide who chose to follow in the footsteps of their parents. Jon Favreau’s daughter, Madeleine Favreau, is one of those celebrity babies who inherited her dad’s acting skills. Moreover, being a daughter of a well-established filmmaker and actor, it became quite easier for her to debut in the entertainment world. The 17 years old beauty Madeleine has already bagged a couple of blockbuster movies under her name.

Jon Favreau’s daughter, Madeleine Favreau, is famous for her roles in the films, The Jungle Book and Tree Hugger. She voiced Raquel the Rhino‘s voice in the 2016 American Fantasy adventure film, The Jungle Book, directed by her dad. Similarly, Madeleine starred in the short fantasy movie directed and written by Ella Fields, Tree Hunger. Apart from these films, she might have performed supporting roles in her father’s many other acting projects. But, sad to say, it is entirely away from the media reach.

As Madeleine is just in her late teens, there is still a lot of time for her to exhibit her acting skills. So, for now, we need some patience and wait till she shines out in the Hollywood industry just like her dad.

Despite being one of the busiest filmmakers in the American film industry, Madeleine’s dad always ensures to give enough time to his kids. She often gets to go for outings with her celebrity dad and mom during their holidays. According to multiple sites, Jon goes swimming with Madeleine and her siblings as a distraction whenever his films are a flop.

Though Jon Favreau’s daughter, Madeleine Favreau, often goes for family outings and attends red carpet events with her dad, the media people rarely get a chance to capture her in their camera. Besides, she does not seem to be available on social media handles at the moment or could be under different alias. So, there is still a lot to know about her present life. We hope soon Jon Favreau will open up more about his daughter, Madeleine, in public.