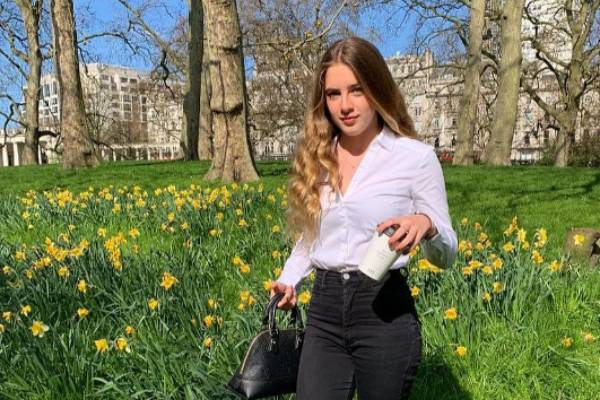 Owing to his reputation in the league, the former player’s family members have also gained much attention from the public. Talking about his personal life, he shares a blissful marital life with Louise Bonsall. In addition, he is a proud father of four kids, three girls and a son. Thus, today’s article concerns Michael Owen’s daughter, Emily May Owen. Follow us till the end to learn about her career, boyfriend, and more.

Has A Bunch Of Siblings

Emily May Owen was born in 2007 as the third child of her parents. Before her, Michael and Louise welcomed her elder siblings, Gemma Rose and James Michael Owen. Apart from that, Emily also has an adorable little sister, Jessica Owen.

Furthermore, Emily May Owen’s brother has a rare eye disease called Stargardt. It causes a degeneration of the retina. That means Michael Owen’s son is clinically blind and can’t become a professional soccer player. Hopefully, he will achieve a lot of great things in his life.

On the other hand, Emily’s elder sister, Gemma Rose, is an international dressage rider for England. She is following in her mother’s footsteps. Additionally, Michael Owen’s daughter, Gemma, has made a big headline after becoming a 2022 Love Island contestant. Likewise, Jessica is fond of riding horses.

Nonetheless, Emily and her siblings are very close to each other. Her brother often shares pictures of their family. Hopefully, the Owen siblings’ bond will continue to grow stronger in the future.

Also Read: Did You Know The Famous Businessman Robert Nutting Has Three Daughters?

Michael Owen’s Daughter Is Into Running

Emily May came into the limelight for being the child of a famous soccer player. However, she is a hard-working girl who has made a big name with her achievements as well. The beloved daughter is a runner who has taken part in several competitions. In addition to that, her dad often shares updates about her achievements. She has been into running since a young age.

Emily is the winner of the 2022 North Of England U15 60m Sprint. Moreover, in August 2021, she ranked second in North England Championship and sixth in UK Championship. Apart from that, the athlete ran in The England Schools Athletics Championship for over 100m in 2021. She was also a year younger than other competitors. Michael proudly praised her as a superstar in his Instagram post.

Although Emily has chosen to pursue a career in a different field, her family wholeheartedly supports her. The young athlete only started competing in 2019 but has already made a big impression. Hopefully, she will win more races in the days ahead.

Who Is Emily May Owen’s Boyfriend?

As mentioned above, Michael Owen’s daughter has just started her athletic career. In addition, she seems to be investing all her energy in that aspect. Although she is active on Instagram, her account is private. As a result, it has become more challenging to know about her love life. However, if she is dating anyone, Emily May Owen’s boyfriend will be a lucky guy.

To conclude, Michael Owen’s daughter has grown up to be an amazing individual. Her parents are very supportive of her sports interest. In addition, they are also proud of her. Hopefully, Emily will open up about her love life soon in the coming days. We wish the beautiful girl a rocking career ahead.

The name Emily comes from the Latin word Aemilius which means Rival. At the same time, the English name May means the Roman earth goddess.