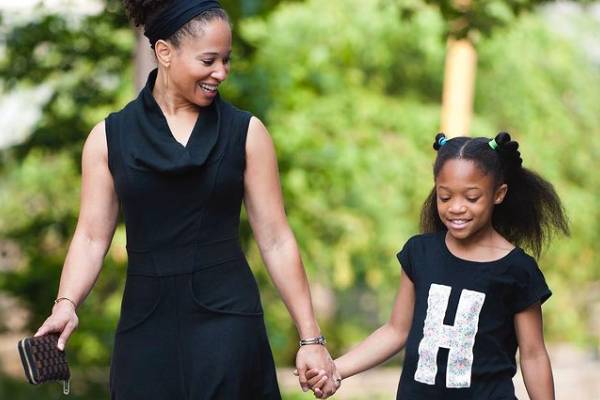 Hailing from Hampton, Virginia, Michael Pettaway Tomlin‘s name is synonymous with success in the sports industry. As the youngest NFL coach to win a Super Bowl, Mike Tomlin has permanently placed himself in the hearts of millions of football fans. He currently serves as the NFL’s Pittsburgh Steelers‘ head coach.

Apart from leading a successful professional life, Mike’s personal life has been great up to this point. He currently enjoys a beautiful marital life and is a loving parent to his three children. Anyone would think that the children of such accomplished parents would grow up to become successful individuals in their own right. Indeed, Tomlin’s children are not the ones to disappoint.

So, let’s take a glance at Mike Tomlin’s daughter, Harlyn Quinn Tomlin, and see how she’s already establishing a name for herself in athletics. Let’s also see if she’s interested in football or any other sport.

Harlyn Tomlin‘s parents met way back in the 1990s when they were both students at the College of William & Mary. The love-smitten college couple then tied the knot in 1996 and have been living in marital bliss ever since. Moreover, Mike and Kiya Winston have welcomed three talented children since exchanging wedding vows, with Harlyn being the youngest.

Harlyn’s eldest brother, Michael Dean Tomlin, also known as Dino Tomlin, was born in 2000. He serves as the wide receiver for the University of Maryland’s football team and hopes to make it to the NFL. Then, her other elder brother, Mason Reid Tomlin, was born in Tampa, Florida on January 15, 2002. Currently, Mason Tomlin is enrolled at Columbia College.

Finally, Kiya and Mike Tomlin’s daughter was born in 2006. Harlyn Quinn’s parents are dedicated to raising their children and instilling in them the belief that they can achieve everything they set their minds to.

Mike and Kiya emphasize the significance of family values and traditions. They even made a crest to represent their family. Moreover, Harlyn’s mother values women empowerment and does everything she can to ensure that her daughter is also empowered.

So, all in all, it is safe to say that Mike Tomlin’s daughter is growing up in a loving household with proper guidance.

Will Mike Tomlin’s Daughter Make A Career In Football?

Harlyn Quinn Tomlin comes from a strong lineage of footballers. As a result, many people wonder if all of Mike Tomlin’s children will follow in his footsteps. Growing up, both of her brothers have tried their hand at football. Likewise, Harlyn Quinn also attended the matches her father coached from a very early age.

Unfortunately, it appears that Harlyn’s passion lies elsewhere, and she has no ambitions to pursue a career in football. Instead, she is currently concentrating her entire energy and time on gymnastics to make her way to the Olympics. So, it might be possible that the public will never see Tomlin’s little girl playing on the football field.

Is A Promising Gymnast

While Mike Tomlin’s daughter might not be interested in football, she is still an athletic child. Starting from a young age, the celebrity kid has developed a passion for gymnastics. Harlyn’s mother is a former competitive gymnast herself, and she is ecstatic that her daughter has followed in her footsteps.

Harlyn is currently a member at the Xquisite Gymnastics, a national competitive ranked gymnastics team, and is an emerging gymnast. She even competed and won many medals in the USA Gymnastic Regional Championship. She was also a part of the High-Performance Camp 2021.

Furthermore, Quinn also has a YouTube playlist from her Xquisite Gymnastics dedicated to her where she frequently can be seen doing her practice session with her admirers. Taking a look at the pictures and videos, it is evident that Mike’s daughter has a talent for it. So we extend our best wishes and hope that she will be able to compete in the Olympics one day.

Harlyn is an English name that means army meadow. Quinn is a gender-neutral name with many origins, typically meaning head and wise.