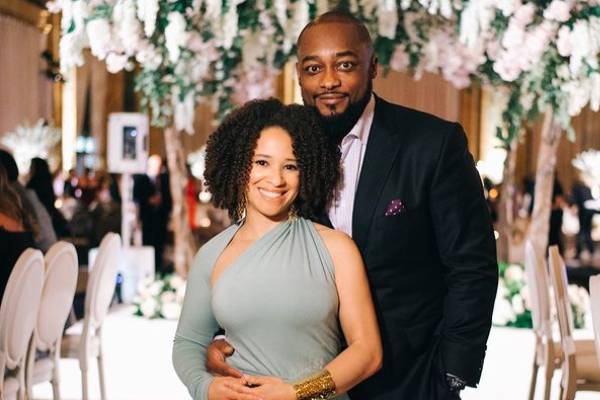 The youngest National Football League (NFL) head coach to win the super bowl, Michael Pettaway Tomlin, is a respectable figure in the sports industry. He currently serves as the NFL’s Pittsburgh Steelers‘ head coach. Mike Tomlin has earned the love and respect of millions over his successful and decades-long career as a coach.

We can all agree that Mike’s schedule is hectic because he is always busy mentoring NFL teams. It is not easy to imagine the Steelers’ head coach as a family man with such an active lifestyle. Despite this, he is a loving father to his children and a devoted husband to his partner.

Mike Tomlin’s wife, Kiya Winston, is a well-known figure, and fashion enthusiasts worldwide admire her work. However, she is often overshadowed by the man standing beside her. At one point, Kiya reportedly turned down interviews because she believed it would focus more on her husband’s football career than on her.

So, let us get to know this gorgeous woman who is proving to be a source of inspiration for many through this article.

Hailing from Morristown, New Jersey, Kiya Winston attended William & Mary college to pursue a medical career. She met Mike Tomlin, the college’s wide receiver at the time. Mike was studying law, and despite Winston’s lack of interest in football, she couldn’t help but fall in love with him.

The two started going out, and their relationship took a more serious turn not long after. The college lovebirds then tied the knot in 1996, only two weeks after Winston graduated from The College of William & Mary. They have been living blissfully ever since.

Furthermore, Mike Tomlin’s spouse even changed her major from medicine to design and arts to prioritize their relationship. So, after the head coach decided to pursue a career in coaching, Kiya attended the University of Cincinnati.

Also Read: Find Out If Lydia Ko Is Married And Learn About Her Lovelife

Mike Tomlin’s Wife Is A Mother Of Three

Mike Tomlin and Kiya Tomlin exchanged wedding vows in 1996 and have been each other’s biggest supporters ever since. In their decades-long marriage, the couple has also welcomed three children into their family.

The pair’s eldest kid, Michael Dean Tomlin, also known as Dino Tomlin, was born in 2000. Micheal plays as the wide receiver for the University of Maryland’s football team and hopes to make it to the NFL.

Likewise, Mike Tomlin’s spouse gave bith to Mason Reid Tomlin on January 15, 2002, in Tampa, Florida. He graduated from Shadyside Academy in Pittsburgh, Pennsylvania, in 2020, where he played varsity football. At present, Mason Tomlin is enrolled at Columbia College.

Finally, Harlyn Quinn Tomlin, Kiya and Mike’s youngest child, was born in 2006 and is a gymnast in the making. The Tomlin family is incredibly supportive of one another’s goals and is always rooting for one another.

So, let us extend our warmest wishes to Mike Tomlin’s wife and family and wish them further success in the future.

Is A Fashion Designer And Entrepreneur

Kiya has a lifelong love for fashion and even created and designed clothes for herself and her friends. As previously mentioned, Kiya attended the University of Cincinnati and graduated with a degree in Fashion/Apparel Design in 2000. Upon graduating, she founded Uptown Sweats in 2003.

Kiya’s brand Uptown Sweats has garnered nothing but positive feedback from customers. She has now launched a clothing line called Kiya Tomlin.

Mike Tomlin’s wife has also used the limelight and platform given to promote her clothing. So, with thousands of fan following, it is safe to assume that her business is going well. Her clothes have also been worn by many talented personalities, including Dr. Holly Hatcher-Frazier, Mikey Hood, and Oprah Winfrey.

Nonetheless, the brilliant and sophisticated designer has a long way to go and will provide more fantastic designs in the future, which will garner her more significant success. So, let us wish her godspeed success and hope we learn more about her in the coming days.