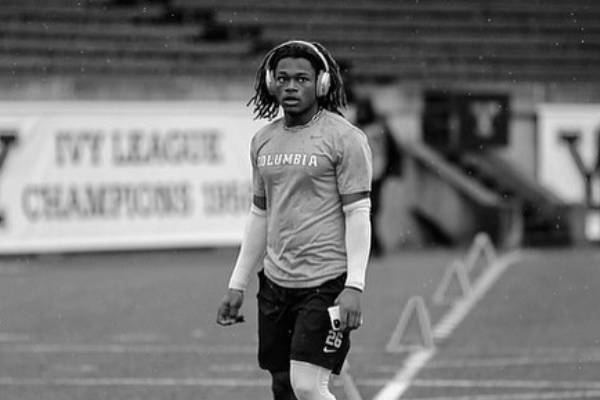 Individuals who follow the National Football League (NFL) have probably heard of Michael Pettaway Tomlin, the face of the Pittsburgh Steelers. As one of the most admired NFL head coaches in history, it’s tough to keep track of Mike Tomlin‘s career accomplishments.

Likewise, his personal life has been nothing short of happiness. Mike lives a beautiful life with his wife and kids. The Tomlin family has a great bond, and unlike other celebrity families, they are not hesitant to keep their admirers up to date on how their lives are going.

On that note, let us get dive into this article and learn some interesting facts about Mike Tomlin’s son, Mason Tomlin. Let us also see if he appreciates sports as much as his father does or if he has any other hobbies other than athletics.

On January 15, 2002, Mason Reid Tomlin was born to parents Mike Tomlin and Kiya Winston. Mason was born and raised in Tampa, Florida, alongside brother Michael Dean Tomlin aka Dino Tomlin and sister Harlyn Quinn Tomlin. The celebrity kid grew up in a loving family with supporting parents and caring siblings.

Mason’s brother, Dino, is an emerging footballer, and his sister, Harlyn, is a talented gymnast. The three siblings have an incredible bond, and their adorable trio routinely appear on their mother’s Instagram feed. Furthermore, Tomlin’s parents continually inspire their children and teach them the value of hard work from a young age.

Mike Tomlin’s son likewise supports Kiya’s clothing business and even models for her on occasions. The mother-son duo also frequently visit different places and enjoy one another’s company. Similarly, Mason and his family spend the holidays together, and they even created a family crest for Christmas in 2020.

Mason Tomlin’s parents are adamant about instilling in their children the importance of family values and traditions, and they are going to great lengths to make sure that they grow up with the proper morals. So, it is not surprising that the Tampa native has grown into a responsible individual.

Played Basketball and Football At Shady Side High School

Growing up surrounded by athletic men, Mason developed an understanding and passion for sports. He enrolled at the Shady Side Academy and was an excellent high school athlete. The celebrity kid was involved in basketball, football, track & field, and lacrosse throughout his time there.

Mason was named the Most Valuable Player as a senior. He also served as the captain for the varsity football team under head coach Chuck DiNardo as a senior. In addition, he competed in the long jump, triple jump, 300-meter hurdles, and 100-meter dash in track and field.

Mike’s youngest son graduated in 2020 and earned the 2019-2020 Northern Athletic Directors Association (NADA) Tri-Athlete Award. Mason earned the award alongside graduate Addie Todd. In addition, he had been offered eight varsity letters from colleges by the time he graduated.

After graduating from Shady Side, Mike Tomlin’s son got admitted to Columbia College. After attending both the football and basketball summer camps, he became interested in the college. At present, the 5’8″ sports junkie plays as the defensive back at the college.

Sadly, the 2020 season got canceled because of the COVID pandemic. However, the emerging athlete did play five games as a sophomore on special teams.

So, we wish Mason the best and hope he makes more progress as time goes on.

It’s never easy to live up to your parents’ legacy, but it looks like Mike Tomlin’s youngest son not only did so but is attempting to move beyond athletics. Mason, who has always been interested in rapping and creating music, has taken his passion and turned it into a profession.

The celebrity kid has a YouTube channel to release his songs and has approximately 40 videos.

Moreover, Mason also has a record label by the name PRESSUREMADE. He has so far released two tracks with the label, which can be viewed on Soundcloud. The talented singer has also collaborated with other artists to work on his music.

Even so, the rapper and producer still has a long way to go. But, seeing as how people already love his works, it is safe to say that Mason will one day reach great heights. So, we wish Mike Tomlin’s kid well and hope to hear more of his catchy beats in the coming days.

First, Mason was originally an English word meaning a tradesman or artisan who works in stone. Reid is primarily a gender-neutral name of English origin that means red-headed.