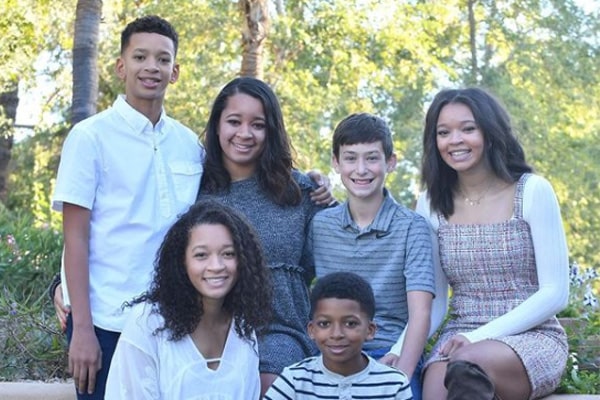 All of Monty's children are very close to each other. Image Source: Instagram/laeljoywilliams.

NBA coach Monty Williams is primarily known for his devotion to the game of basketball. The player turned coach is currently the head coach of NBA team Phoenix Suns and is not retiring any time soon. If you are a basketball fan, chances are you already know more than enough about him.

While Monty’s professional life has been full of accomplishments, his personal life has seen quite a lot of ups and downs. One of the major setbacks he has received to date is the death of his beloved wife, Ingrid Williams. Ingrid might have left Monty and this world but has gifted him five wonderful children, so in this article, let’s go through all of Monty Williams’s children and how they are holding up.

Monty Williams’ Children Are Very Close To Each Other

Monty Williams is a father of five wonderful children, which includes three daughters Lael Williams, Faith Williams, and Janna Williams, along with two sons Elijah Williams and Micah Williams. When Ingrid was still around, she used to make sure all of the kids were bonded to each other. Even if she has left them on their own, they have continued sharing the bond. All five of them can be seen spending some quality time with each other in multiple instances.

The kids have made sure that the family bond that their mother prized remains intact. From going on a game together to spending a vacation together, the Williams are never separated. The elder ones Lael and Faith, are making sure that all of the younger kids are not lacking motherly love. All of us are hoping that they share this impeccable bond for as long as they can.

ALSO READ: How Many Children Does Coach Stan Van Gundy Have?

All Of Monty Williams’s Daughters Have Completed High School

Monty Williams has three daughters with his late wife Ingrid altogether. While the two boys are still in middle school, the girls have already passed high school. Lael, the eldest of the girls, has even graduated from college, although her course has not been revealed. Faith, who is in her sophomore year at Baylor University, is also interested in varsity sports. Janna, the youngest daughter, recently completed high school and is part of the volleyball team of Alabama A&M University.

Monty’s three daughters have matured faster than anyone could notice. All of them have now set their eyes on the career they want. Monty must be equally proud and supportive of his daughters. Ingrid, if she were alive, would have been prouder than anyone else that her little girls have all grown up.

Janna, Micah, and Faith Were With Ingrid During The Crash

During the tragic event that unfolded in 2016, three of Monty’s children, Faith, Janna, and Micah, were with Ingrid. The four were returning home from Faith’s basketball practice when a sedan driven by a 52-year-old woman named Susannah Donaldson crashed into them. Susannah and her dog died at the scene while the Williams family was rushed to the hospital.

Unfortunately, Ingrid did not make it out alive but saved her children. Janna, Micah, and Faith were more than lucky that they survived a horrible crash. All of the kids had to deal with the loss of their mother and cope up with the pressure. This was definitely not an easy task, but they had the love from their father and later stepmom Lisa Keeth.

Monty Williams had seen a lot in his career and won several titles. He is one strong inspiration for his five kids. However, he almost made point-guard Chris Paul sit for Game 4.

Phoenix Sun’s head coach Monty Williams announced that Paul would not play in the game because of his shoulder injury in Game 1. However, Paul and Williams’ 20 minutes-long emotional conversation convinced him to play the game.

Talking to Chris Paul after the Suns win over LA. Chris says that pregame Monty Williams suggested he sit tonight to rest his shoulder; CP’s response? “I told him hell nah – just give me a few minutes to see what I can do.” pic.twitter.com/ffIWWDQzmx

Moreover, Williams later remembers how Paul asked him to trust him and evaluate his games. Although Paul lacked strength since his injury in Game 1, he set his series-high in scoring less than four minutes to the 3rd quarter.

Likewise, in June 2021, Williams said that desperation has to be there for Phoenix Suns to close out LA Clippers in Game 6. Furthermore, Phoenix was outplayed in Game 5 of the Western Conference finals on Monday, losing to LA Clippers 116-102 to cut the Sun’s series lead to 3-2.

Hence, for the defeat, Suns coach, Monty Williams said that it was unacceptable and that they can’t play with a show-up mentality.