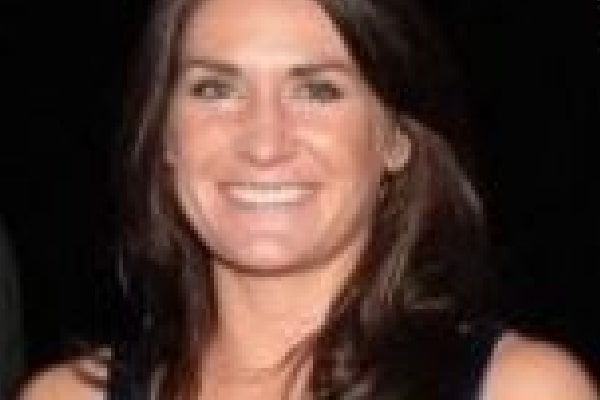 If you follow the National Basketball Association, you must have heard the name, Monty Williams. He started his career in NBA as the coaching staff intern for the San Antonio Spurs, and now he is the head coach for Pheonix Suns since May 3rd, 2019.

Coach Williams has been in this game for almost 15 years and has already worked for many other NBA teams, namely: New Orleans Hornets and Oklahoma City Thunders, and Portland Trail Blazers. He hasn’t only worked for the NBA teams but also for the National Basketball Team of the United States (2013-2016) for the 2016 Summer Olympics in Rio De Janeiro, Brazil.

But enough about this amazing coach, let’s shift the focus towards his wife, Lisa Keeth.

Read the whole article to know who Lisa Keeth is and how Monty Williams married Lisa Keeth.

Keeth is mostly famous for being the wife of coach Monty Williams, but let’s see who she is on her own.

Monty Williams’ wife has a degree in Bachelor of Business Administration(B.B.A.) with a specialization in Marketing from Angelo State University. Keeth, who completed her degree in 2002, was a member of Angelo State Women’s Volleyball Team. During that course of time, she also won the American Marketing Association holland’s Sportswoman of the Year 2002.

While Monty had an athletic background and is a devotee to basketball, Monty Williams’ wife, Lisa Keeth, has a different approach. She is currently working as the senior manager of partnership activation for the NBA team San Antonio Spurs. Keeth has worked for the Spurs throughout her professional career.

Keeth has worked her ways from different posts starting as Partnership Suite Sales Associate to her current post of Senior Manager of Partnership Activation, which she has held for seven years. She definitely has been great at the field she is working on. She is, without any doubt, an asset to San Antonio Spurs.

Monty Williams married his second wife, Lisa Keeth, after a tragedy following his wife Ingrid Willaims’s death. Ingrid and Monty had been married for more than a decade and had five children, but a tragedy separated them. The devastating departure of his wife Ingrid had made him desperate to seek emotional support.

Monty must have stumbled upon Lisa during his time as an executive for San Antoni Spurs back in 2016. After dating for a while, the couple tied the knot towards the end. As there has not been that much news floating about the couple’s marriage, it is likely that they married in a subtle fashion. Monty and Lisa have been together ever since, and Lisa must be helping Monty to raise his kids well.

Furthermore, Lisa has a son from her previous relationship, whom her husband and stepchildren love dearly. Monty and Lisa are living a splendid life together with six kids.

Besides having a wonderful marital life, Monty Williams is enjoying his professional life as well. The Suns evened the series at two and took back home-court advantage on Game 4 against the Lakers. Furthermore, he almost sat Chris Paul during the game, but he changed his mind after a good emotional conversation.

Moreover, Phoenix was outplayed in Game 5 of the Western Conference finals on Monday, defeat to the LA Clippers 116-102 to cut the Sun’s series lead to 3-2. Thus, coach Monthy Williams said that show-up mentality could not win the game.

Hence, Williams agrees that the desperation has to be there. Similarly, when asked how he can make sure his team can tap into desperation next time, he told that getting butt kicked like that should turn it on.

Phoenix Suns went through massive turmoil throughout this NBA season.

The Suns were blown out of Game 3 of the NBA Finals 120-100 by the Milwaukee Bucks, and whistles were certainly a part of it. Moreover, DeAndre Ayton and Cam Johnson were racked up with five fouls, and Ayton had to sit out of the bulk of the second half.

Moreover, Lisa’s husband Monty Williams addressed the game in the conference later, explaining he would not complain about the fouls. He further added that they had 16 free throws, and DA learned from his experience. Williams further promised that he’d grow from it.

Phoenix Suns’ head coach, Monty Williams, was pushing all the right buttons in Game 2 of his team’s 118-108 win over the Milwaukee Bucks on Thursday as he gave a pep talk to DeAndre Ayton in the fourth quarter.

The video of Williams motivating DA won everyone’s heart which led CBS to point out why he should’ve won the Coach of the year over Thibodeau.

Furthermore, the Phoenix Suns managed to reach the NBA Finals after defeating the Los Angeles Clippers. However, the Suns couldn’t defeat Milwaukee Bucks, coached by Mike Budenholzer. Nevertheless, Williams himself went to the opponent team’s locker team to congratulate the team. And if this does not show his sportsmanship, we don’t know what will.

Monty Williams Ex-Wife Had Died In An Accident

Finally, in the personal life of the coach, Monty Williams lives in Oklahoma City with his five children. On the 10th of February 2016, Monty’s wife Ingrid Williams died in a car crash in Oklahoma City when her car was hit head-on by a vehicle that invaded her lane after losing control. Monty must have been shocked after this incident. He married Lisa Keeth later that year, a Spurs administrator.

The accident completely changed Monty as a person. He was willing to change himself rather than to have his kids change their daily lives. The departure of his beloved wife made him learn two valuable things in life, the beauty of forgiveness, and the need to move on, no matter how painful that might be.

May her soul rest in peace.