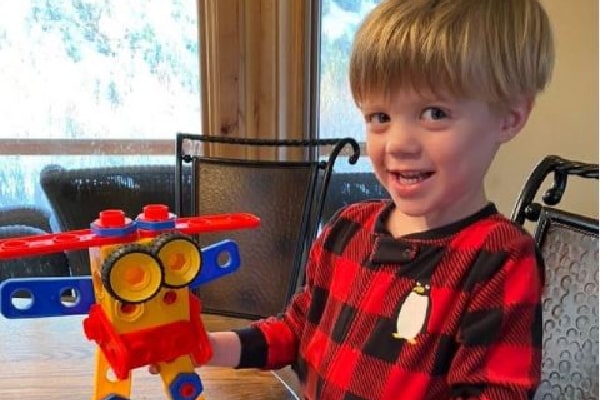 Kelly’s professional life is thriving; this is indicated by the name and fame she has gained over the years. Unlike that, her personal life has not been a point of highlight. She has two wonderful children, River Rose Blackstock and Remington Alexander Blackstock, with her ex-husband Brandon Blackstock. While both of her children are being nurtured by Kelly around the clock, in this article, we will be focusing on Kelly Clarkson’s son Remington Alexander Blackstock.

Remington Is The Second Child Of Kelly Clarkson And Brandon Blackstock

As aforementioned, singer and TV host Kelly Clarkson is a mother of two, among which Remington Alexander Blackstock is her second child. The couple welcomed Remington on April 12, 2016, as their only son. Kelly and Brandon also have a daughter together. Her name is River Rose, and she was born on June 12, 2014. The two brother-sister have an age gap of nearly two years, but River Rose is not his only sibling. Kelly Clarkson’s son Remington also has two half-siblings, Savannah Blackstock and Seth Blackstock, from his father’s previous marriage with Melissa Ashworth.

But just like Brandon’s first marriage, this marriage also did not work out. Remington’s parents Brandon and Kelly recently got divorced, and they have got joint legal custody of the two children. She has been working around the clock to get a hefty amount of time for her children- from her busy schedule. And amidst this time of the pandemic, Kelly has been running her show from home in Montana Ranch. We can also see her children in her show sometime.

Kelly Has Described Her Son As A ‘Sensitive Soul’

Upon the birth of Remington, Kelly had tweeted:

“Our little baby boy has arrived!! Remington Alexander Blackstock was born 4/12/16 & he is healthy & we couldn’t be happier or more in love!”

Well, since his birth, Remington has been getting the care and love of his family and also his big sister Savannah. Maybe all of this love and pamper is having an effect on him. Kelly told People that her youngest, Remington, is a ‘Sensitive Soul.’

While Remington’s sister, River Rose, enjoys Jurassic Park and Harry Potter, ‘Remy‘ is not giving his cues to see such destructive dinosaurs and wizardry. Remington has had some developmental struggles and speech issues in the past, especially with making a complete sentence and engagement, but this has been resolved now.

The highly socially engaged singer and TV host Kelly Clarkson is pretty open about everything. But that’s not the case with her divorce from Brandon Blackstock. She has been understandably private about the issue and has not spoken much on this topic. But on her recent appearance, she told Extra that this process has been callous for both her and the kids.

Since the kids haven’t grown up yet, it will be even more challenging for them to see their parents go apart. Kelly, being abreast about the situation, has taken her kids to child psychologists and has been seeking help from therapists. She does not want her children to be happy about the divorce, but she wants them to open up and speak about their emotions.

Kelly has been showing an example of good parenting as her children are getting all the nurturing they require. Kelly thinks that her son, Remington, is different from the other. She sees a potential sportsman in him. Remington has overcome lots of his childhood issues and has shown a perfect sign of becoming a brave and bold child. But we have to wait and see what the future holds for Remington.

The name ‘Remington‘ is derived from Old English. The ‘Raven‘ represents ‘good fortune‘ in Greek mythology.