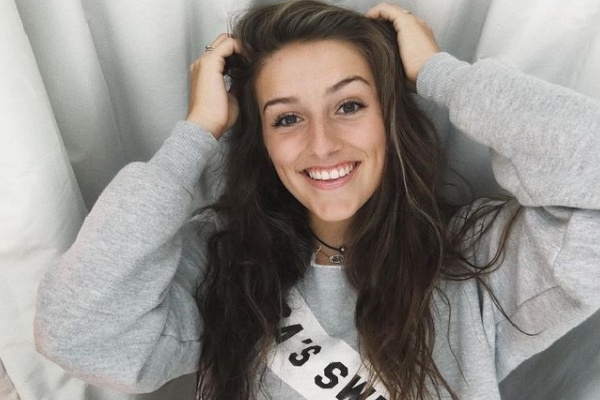 Savannah J. Blackstock is an American media personality who is known for being Brandon Blackstock’s daughter. Savannah is Brandon’s daughter with his ex-wife, Melissa Ashworth. Savannah is their eldest daughter and has one sibling, along with two half-siblings. Brandon is widely popular for being the record manager and the ex-husband of singer Kelly Clarkson.

Being the eldest daughter in the family, Savannah has been getting a lot of attention. Keeping that in mind, Savannah has quite a lot going through her life right now. The 19-year-old is interested in sports as well as many other things, so let’s go through this article to know more about her.

Savannah’s closeness with her half-siblings is due to the fact that her mother, Melissa, was resilient to move on. Melissa’s kindness and boldness are also inherited by Savannah, which can be speculated from her social media account.

While Savannah’s father is a record manager, she seems to have put her interest in something else. She is currently an equestrian and is very passionate about horse riding. The beautiful Savannah also has a dedicated Instagram account, which features some of her competitions and more. She has ridden with quite a few horses in her career, which is also one of the features of her account.

The question that remains now is whether she will continue with horse riding or choose another career for her. As of now, her interest in being an equestrian remains as strong as it was a few years ago. So, it is highly likely that she will remain as one for the rest of her life. Let’s hope we get to see her shine by fulfilling her passion.

Savanah Is Very Fond Of Her Car

Brandon Blackstock’s 19-year-old daughter is quite fond of her car Ford Mustang GT. She has coated the car in all black and went with an aesthetic look for it. Her fondness for her car is even more visible when she created a dedicated Instagram account. The account features some mesmerizing shots of her with the car.

Furthermore, Savannah seems to be really passionate about cars, and with her growing age, we are destined to see her car collection, which will likely grow along with her.

Savannah Blackstock is currently dating her boyfriend, Quentin Lee. Both of them reside together in their new home in Ocala, Florida. Likewise, Savannah, her boyfriend, is also interested in cars. Moreover, they can be seen spending quite a lot of time together, from going on rides on their wheels to having casual fun.

Savannah and Quentin seem to have a very strong thing going for each other. We, as fans, now need to be patient to see how their relationship will turn out in the future. Let’s hope that they will keep this going for each other for many more years to come.

The name ‘Savannah‘ is a name for girls that originated from Native American origin. It means ‘Open Plain.‘  It is derived from the word ‘Zabana‘ of the Taino tribe.