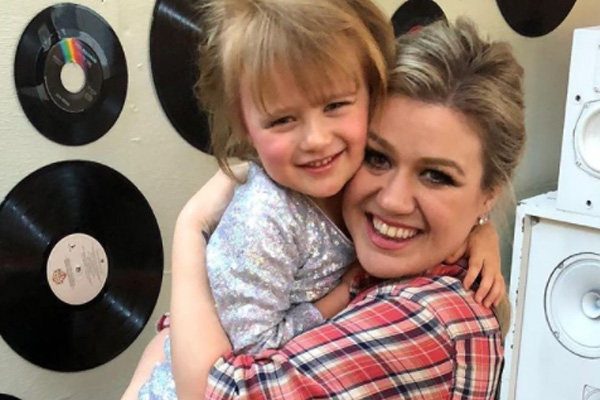 Kelly’s professional life has been nothing short of a fairytale ride, whereas her personal life has not been that highlight. Regardless of that, she is the mother of two wonderful children. While both of her children are growing up like a charm, in this article, we will be focusing on Kelly Clarkson’s daughter River Rose Blackstock.

American singer and TV host Kelly Clarkson is a mother of two, and River Rose Blackstock is her only daughter. Rose was born on June 12, 2014, with Kelly’s ex-husband Brandon Blackstock. River Rose’s parents Brandon and Kelly recently divorced after having irreconcilable differences. Kelly also has a son named Remington Alexander Blackstock, who is Rose’s younger brother. Rose also has two half-siblings Savannah Blackstock and Seth Blackstock from her father’s previous marriage with Melissa Ashworth.

Regardless of Kelly’s tight schedule, she has managed to wonderfully balance her work life and personal life. Kelly can be seen spending time with her two children when she is not hosting The Kelly Clarkson Show. She even continued her work while in lockdown from her home in Montana Ranch. Moreover, Kelly Clarkson’s daughter Rose even took over her mother’s show in one instance to share her message regarding this ongoing pandemic, which was one of the cutest things on the internet.

At the age of just six, Kelly Clarkson’s daughter River Rose is already pulling off clever pranks. During a talk show segment of Kelly’s show, she revealed that her daughter would just pretend like she’s frozen, so she doesn’t have to do what they’re asking her to do.

While Zoom has been the go-to platform for schooling these days, River’s tactics may very well be clever enough to dodge the school work quite mischievously.

Kelly Has Written Two Books Based On Her Daughter

The mother-daughter duo of Kelly and Rose have been incredibly close to each other. From writing books to hosting shows, they are like each other’s identical photocopy. Rose was the name given to Kelly’s daughter in honor of her mother’s maiden name, and she has lived up to her name. Just like the flower rose, Kelly Clarkson’s baby girl is incomparably adorable.

Kelly Clarkson’s Daughter Rose Was Featured In Her Music Videos

River Rose is currently the top pick out of Kelly’s children, who would likely follow in her footsteps. The sweet little girl has already been featured in two of Kelly’s music videos, Piece by Piece and Broken & Beautiful. Moreover, River is currently embracing her popularity as she, without hesitation, tells that she is the daughter of Kelly Clarkson and her father is Brandon Blackstock.

Rose even asked to be a guest star featured on her mother’s show, isn’t that hilarious? However, Kelly seems unhappy about her children following her same steps in music. The singer reportedly wants her daughter to be different from her. Probably, Kelly does not want her daughter to go through the hardships she did in the music industry. Now let’s see what has the future got in stores for River Rose.

River is a name of English origin which means ‘A stream of water that flows to the Sea.’ Rose is a Latin name given to girls, and the meaning of Rose is ‘flower.’