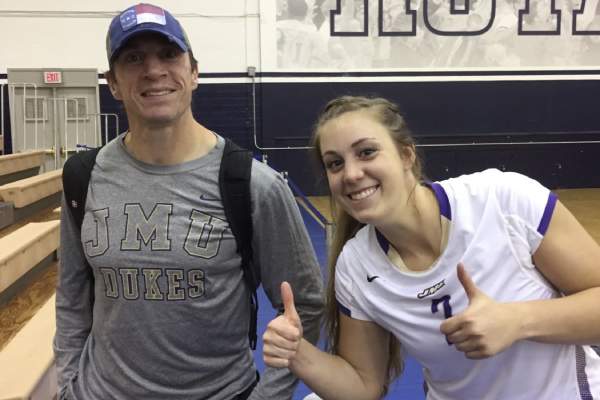 Rod Brind’Amour, full name Roderic Jean Brind’Amour, is a well-known Canadian professional ice hockey coach and retired player. He presently serves the Carolina Hurricanes of the NHL as their head coach. As an athlete, he played 20 seasons in the NHL for three different teams.

Aside from being an established sports figure, the head coach is a family man. He enjoys a blissful life with his wife and four grown children. Many of his fans might be interested to know how his kids are doing. Hence, we will learn more about Rod Brind’Amour’s daughter, Briley Brind’Amour, in this article.

Briley Brind’Amour was born to her mother, Kelle Gardner Brind’Amour, aka Kelle Sullivan Brind’Amour, and the head coach. She was welcomed into the world on January 18, 1998, at 9:51 pm. Unfortunately, her parents are no longer together as the former pair separated in 2003.

Briley’s mom and dad had a lengthy court battle regarding child custody and support. In the end, the North Carolina Court of Appeals ruled in the hockey coach’s favor. After their divorce, Rod married his now-wife, Amy Biedenbach Brind’Amour, in July 2010. On the other hand, it is difficult to know about Kelle’s whereabouts as she seems to prefer privacy. Hopefully, we will know more about what she has been up to in the upcoming days.

Rod Brind’Amour’s baby girl, Briley, is his eldest child and only daughter. She has three younger brothers; Skyler Brind’Amour, Reece Brind’Amour, and Brooks Edward Brind’Amour. Skyler was born on July 27, 1999, and is over a year younger than his sister. Like their father, he is also an ice hockey player and was drafted by the Edmonton Oilers during the 6th round of the 2017 NHL Entry Draft.

Reece arrived in 2001 and is younger than Briley by about three years. He is currently attending the Parsons School of Design in New York. Lastly, Briley’s youngest half-brother, Brooks, was born on December 19, 2011. The 10-year-old is a member of the Junior Canes program, which provides programming to athletes seeking a professional and development-focused experience.

As the title suggests, the 24-year-old is quite a skilled volleyball player. Well, being born to a talented sportsman, it is no surprise that Briley is also an outstanding athlete. She went to Cardinal Gibbons High School, where she became a three-time 3A Volleyball State Champion. In addition, she was an All-American Team member for three consecutive years.

Likewise, Rod Brind’Amour’s daughter achieved new heights as a member of the volleyball team at James Madison University. She appeared in 30 of her college’s 32 matches and led her team to finish fourth as a freshman. Briley was named to the 2018 and 2019 CAA All-Tournament Team. Furthermore, she was also a member of the VaSID All-State Second Team and All-CAA Second Team.

Unfortunately, there has been no news about Briley continuing her volleyball career. She graduated from JMU in 2020 with a Bachelor’s degree in Media Arts and Design. As per her LinkedIn profile, the former sportsperson is currently working as a Digital Marketing Specialist at 321 Web Marketing.

A digital marketing specialist can earn up to $51,073 a year on average. So, the JMU alumna’s salary also might be in that range. Thus, Briley Brind’Amour’s net worth must be significant. Speaking of which, her dad, Rod’s fortune is worth $35 million.

Although the brunette-haired lady’s professional life is pretty open, her love life has been enshrouded in mystery. She is active on social media but has limited her posts to career-related topics only. Hence, Briley Brind’Amour’s boyfriend hasn’t been revealed yet.

Nonetheless, Rod Brind’Amour’s daughter appears to enjoy a comfortable life with her friends and family. We wish she continues to lead a happy and prosperous life ahead.

Briley’s given name is of British origin that means “Descendent of Roghallach,” or “Noble and Strong.”