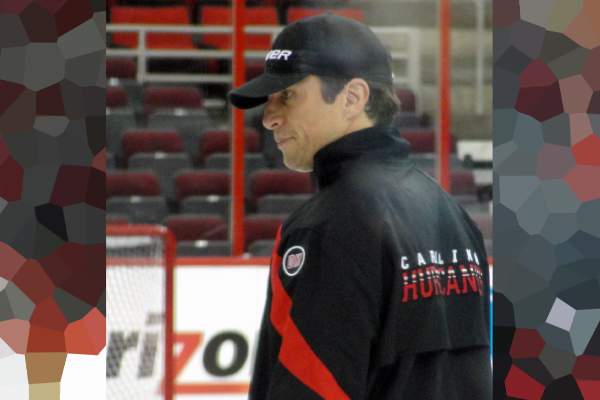 Not many would be aware that the hockey coach has been married twice in his life. They might be curious to learn about his first spouse. Therefore, we will get to know more about Rod Brind’Amour’s ex-wife, Kelle Brind’Amour, in this article.

Rod Brind’Amour’s former spouse was born Kelly Sue Gardner and later went by the name Kelle Sullivan Gardner. The ex-couple tied the knot on August 6, 1996. While still married, they welcomed three kids into the world. They had their first child, daughter Briley Brind’Amour, on January 18, 1998, at 9:51 p.m.

Then, on July 27, 1999, Kelle gave birth to their baby boy Skyler Brind’Amour. The ex-pair’s youngest son, Reece Brind’Amour, was born in 2001. All of Rod Brind’Amour’s children have grown up and are leading their own lives. His only little girl, Briley, is a James Madison University graduate, where she was a notable volleyball player.

As per her LinkedIn profile, Rod Brind’Amour’s daughter is currently working as a Digital Project Manager at 321 Web Marketing. Moreover, like his father, Skyler is a professional ice hockey player who was drafted by the Edmonton Oilers as their 177th pick overall in the 2017 NHL Entry Draft. Finally, Reece is currently studying at the Parsons School of Design in New York.

Had A Court Battle Regarding Child Support

As mentioned above, Rod and Kelle married in 1996. After staying together for seven years, the ex-pair separated on September 10, 2003. The reason for their split up has not been disclosed yet. The ice hockey coach also appealed to the court for child custody and equitable distribution. Rod Brind’Amour’s ex-wife then filed a counterclaim seeking alimony and child support on December 5, 2003. Finally, the former couple settled their divorce on the ground that Rod would pay $15,000 every month, or $2,500 a month during an NHL lockout for child support.

The former Carolina Hurricanes player later sought to cut the amount of support in 2006. Despite his high income, he insisted that he had a strong desire to instill the value of frugality and hard work in his then-minor kids. Rod also mentioned that Kelle spent $1,300 on a nanny and around $1,130 per month on the children’s entertainment and recreation.

After a year, in 2007, the North Carolina Court of Appeals ruled in his favor and reduced his child support payments to $9,147 a month.

As the title suggests, Kelle Brind’Amour appears to be a person of privacy. Hence, only a little information about her has been revealed yet. She has a Facebook account to her name but has not made a public post since 2021. Moreover, it is also difficult to know her whereabouts and whether she remarried. Hopefully, we will know more about Kelle in the upcoming days.

On the contrary, Rod Brind’Amour married his current partner, Amy Biedenbach Brind’Amour, in 2010. The couple shares an adorable son named Brooks Edward Brind’Amour, born in 2011. Nonetheless, we wish Rod Brind’Amour’s ex-wife leads a blissful life with her family and friends in the future.