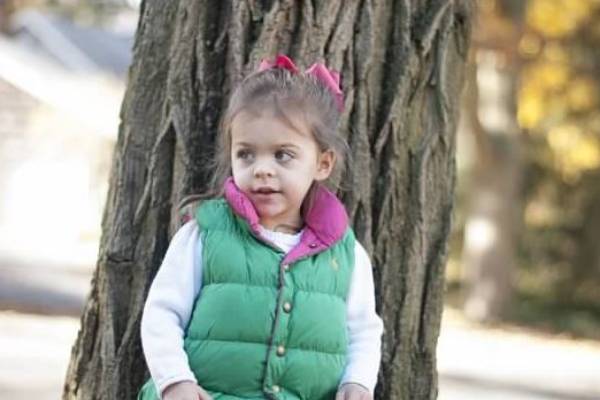 Sophie Watters is one of the daughters of Jesse Watters from his previous marriage. Image Source: Noelle's Facebook.

Jesse Watters is a well-known media personality who currently anchors on Fox News. He is a very bold and direct reporter who sometimes comes across rudely to his interviewee. However, he is very loved and well spoken of by former US President Donald Trump. Jesse is reportedly the favorite media person of the former president.

Alongside his work, Jesse is also a proud father and a husband. He is a father to twin daughters with his ex-wife, Noelle Inguagiato, and a son with his current partner. Today, in this article, we will take a look into one of Jesse Watters’ daughters, Sophie Watters.

Sophie’s mother, Noelle, and her father Jesse married in 2009 after meeting in the sets of Fox News. The pair gave birth to twin daughters Sophie Watters and Ellie Watters in 2011.

Unfortunately, Sophie Watters’ parents’ marriage did not work out. They filed for divorce in October 2018 and finalized it in 2019, calling it quits on a decade-long marriage. However, Jesse and Noelle agreed to stay friends and co-parent their little ones.

Moreover, the former pair got divorced because Sophie’s dad, Jesse Watters, had an affair with Emma DiGiovine. She was the producer of Jesse’s show. Nine months after his divorce from Noelle, Jesse married Emma in a beautiful private wedding ceremony held in Naples.

Shares A Close Relationship With Her Stepmother

Jessi Watters’ daughters, Sophie and Ellie, appear to have a close relationship with their stepmother, Emma. The twin sisters even served as flower girls at their father’s marriage ceremony with Emma.

Similarly, the girls can be frequently seen on Emma’s social media spending quality time together.

Because of her parent’s separation, Sophie must be spending time with both her mother and father at separate times. The divorce might have made Sophie divide her time between Jesse and Noelle. But, this has not affected her relationship with her parents. In addition, Jesse Watters’ daughters share a deep, caring, and loving bond with Emma.

On the other hand, Sophie’s relationship with her mother, Noelle, is also very good and fine. Sophie and her sister, Ellie, can be seen on Noelle’s social media as well.

Jesse Watters’ Daughter Has A Half-sibling

As mentioned earlier, Sophie’s father, Jesse Watters, married Emma DiGiovine after his divorce from Noelle. The couple tied the knot in 2020. Followingly, just ten months after their marriage, Emma was pregnant with Jesse’s son.

On April 1st, 2021, Sophie’s half-sibling brother, Jesse Bailey Watters Jr., was born. Jesse Jr. weighed 7 pounds, 3 ounces during his birth. Going through the social handles of the family, it seems like Jesse Watters’ daughter loves spending time with their baby brother. The kids can be seen happy together in Emma’s Instagram account.

Additionally, it won’t be a big shock if Jesse Watters’ little girl also pursues a career in the news or TV shows, following her parents’ footsteps. Frequently spending time and living with their mom and dad, Sophie might learn and develop some traits needed to work in the field.

Sophie is another word for Sophia. The term is derived from Greek origin which means wisdom.