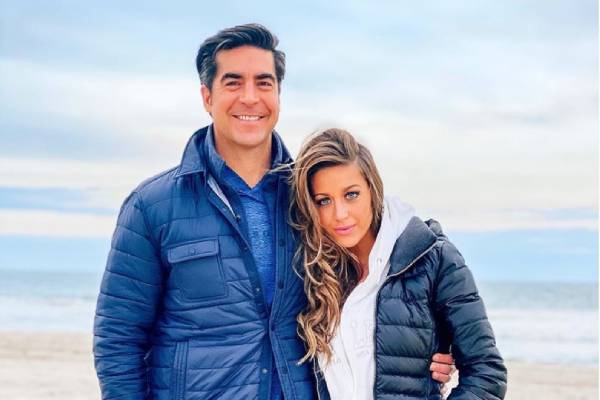 A model, dancer, journalist, influencer, fitness guru, television host, and, most importantly, a loving wife and doting mother, Emma DiGiovine is the type of woman many aspire to be. Emma has set a standard for others to follow, starting her career as a model and working her way up to become a leading television anchor for Fox News. At present, DiGiovine is at the height of success and thriving in her professional and personal life.

Sadly, life has not always been easy for the celebrity wife. If there’s one thing celebrities are prone to, it’s scandals and controversies. In 2017, the TV host made headlines for all the wrong reasons due to her controversial relationship with Jesse Watters, a Fox News conservative political analyst. Still, Jesse Watters’ wife did not give in to the criticism and moved on with her life.

So, let us learn some intriguing facts about the media sensation who continues to thrive despite all of the criticism and taunts directed at her.

Emma DiGiovine was born to parents Gregory DiGiovine and Janice DiGiovine in 1992 in Cranford, New Jersey. Emma also has a brother Gregory J. DiGiovine. DiGiovine’s brother works as the power trader at AES Clean Energy. Likewise, her father works as the State Contract and Program Manager at The New Jersey Board of Public Utilities.

Jesse Watters’ wife is very close to her family and frequently joins them for brunch. Emma also uses Instagram to show her love and affection by regularly posting images of her family. Taking a glimpse at the pictures, it’s clear that her family stands by each other no matter what.

Simialrly, the brother-sister duo shares a special bond and love sharing quality time. The social media personality also congratulated her brother and his bride, Ashli Kravarik aka Ashli DiGiovine, on their wedding day and shared a lovely picture of them on her Instagram.

Talking about Emma’s academics, she attended the Academy of Saint Elizabeth High School. She enrolled at Fairfield University after completing high school. Emma served as the Director of Marketing for the University Student Association during her time at the university. The talented beauty graduated with a degree in journalism in 2014.

Is A Former Ballet Dancer And Model

Growing up, DiGiovine was highly active, a trait she still has at present. She dabbled in various sports, such as soccer, field hockey, and softball. However, nothing seemed to stick with her until she found ballet. The former dancer immediately fell in love with ballet when her mom, a former successful ballerina herself, introduced it to her.

Following this, Emma continued to take ballet classes six days a week at a top Manhattan studio throughout middle and high school. The former dancer performed with the American Ballet Theatre at the Metropolitan Opera House in New York City when she was only 15 years old. Moreover, Jesse Watters’ partner even took pilates lessons so that her muscles loosen up.

However, when she had to pick between a career as a journalist and a ballet dancer, Emma chose journalism. Apart from dance, her other passion included modeling. So, before embarking on a career as a host, she pursued her dream of becoming a model, signing with MSA Models.

Jesse Watters’ Wife Is Into Fitness

The world stood still, and everything came to a halt during the coronavirus outbreak. At such tragic times, Jesse’s spouse found a way to keep her admirers well-informed about mental and physical wellness. As a person who always kept health and fitness as her top priority, she shared home workout videos on Instagram Live.

Thousands of people watched her videos, and soon it became a routine for her to share her workouts with her admirers. In addition, the fitness instructor has launched a website under her name to provide personal insights about her lifestyle, such as hair, skincare, and makeup lessons, health and diet advice, workout advice, and more.

Emma DiGiovine’s Net Worth And Earnings

Jesse Watters’ wife has worked various jobs across multiple fields throughout the years. With years of hard work, enthusiasm, and dedication, DiGiovine has established herself as a fitness model and instructor, television host, and social media influencer.

Watters’ lover has gained a significant following because of her works. The fitness influencer has amassed a sizable fortune to her name alongside fame. So, Emma DiGiovine’s net worth is likely to have increased over time due to her hard work.

While her earnings as a fitness instructor add to her income, her work as a journalist and television host accounts for most of her riches. A typical Fox News reporter earns around $72,499 per year. Having worked as an anchor for them for years, DiGiovine’s riches must have improved dramatically.

As per ABTC, Watters’ partner has acquired a fortune of $500,000. Unfortunately, Emma has remained tight-lipped about her income sources. Still, there is no doubt that Emma DiGiovine’s net worth will undoubtedly rise as the years pass. As for her husband, Jesse Watters has an estimated net worth of around $5 million.

Before Emma DiGiovine, Jesse Watters was married to former Fox News host Noelle Watters. The ex-couple married in 2009, after meeting at work in 2002. However, the ex-partners did not reveal much about their marital life. Still, they did welcome twin daughters: Ellie Watters and Sophie Watters.

While the initial years of their marital life were blissful, things took a drastic turn when rumors that Watters was having an affair with Emma, an associate producer on Watters’ World at the time, started to circulate. Jesse Watters’ ex-wife then sought a divorce after learning of his disloyalty.

Their divorce was finalized in March 2019, and the two separated after ten years of marriage. Their daughters split their time between their mother and father following their separation.

People began blaming The Ingraham Angle host for their divorce after Jesse disclosed his relationship with Emma to the network only a month after his former spouse filed for divorce. Still, Noelle made no comments about the accusations.

Tied The Knot In Late December 2019

As mentioned above, Emma and Jesse first met at Fox while working in Watters’ World. The two hit it off right away, and their romance grew after Watters’ divorce.

Then in August of 2019, both Jesse and Emma shared the news of their engagement. The love-smitten pair married in late December 2019, just a few months after Jesse’s divorce.

Following the wedding, the political analyst took to social media to inform his followers of the joyous news. Likewise, Jesse Watters’ spouse shared a picture of their special day on her Instagram account.

The pair have been living blissfully ever since they tied the knot. They are also very close with each other’s family and often go out for lunch and vacations. Furthermore, Jesse Watters’ sweetheart shares numerous pictures of them on her Instagram account.

So, let us wish the lovely couple well and hope that their marriage blossoms with time.

While the married couple enjoys a beautiful time together, they have also welcomed a baby boy into their family. In an episode of The Five set to air in October 2020, the Fox News host disclosed the pregnancy. The couple also held a tiny gender reveal party, during which he gave his co-hosts blue cupcakes, signaling that Jesse and Emma were expecting a boy.

Emma shared numerous pictures of her adorable baby bump on her social media and kept her followers updated about her pregnancy. Jesse Watters’ wife gave birth to their child, Jesse Bailey Watters Jr., in April 2021.

Unfortunately, Jesse Jr. developed preeclampsia and spent a week in the hospital after his birth. At present, both Watters’ partner and their baby are well and are enjoying a comfortable life.

Moreover, Emma is also close to her step-daughters, and they often appear on her social media profile. Ellie and Sophie also attended their half-brother’s baptism. The family also goes on vacation and enjoys a good time together.

So, let us hope that their family will continue to create more memories together and their happiness grows over time.