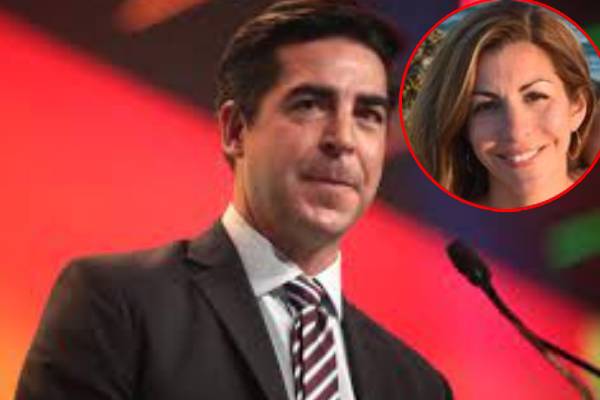 Jesse Bailey Watters, famously known as Jesse Watters, is a conservative political commentator on Fox News. He frequently made appearances on the political talk show The O’Reilly Factor. He was also known for the man-on-the-street interviews featured in his segment “Watters’ World.” Jesse has gained significant fame in his professional career.

Jesse has also become known for his personal life and has been embroiled in controversies. Watters has been married two times in his life and is a doting father of three kids. The TV commentator’s first wife is Noelle Watters, and they were together for a year. Thus, let’s learn in detail about Jesse Watters’ ex-wife and her whereabouts.

Met While Working At Fox

As mentioned earlier, Jesse Watters was previously married to Noelle Watters. The couple got married in 2009. They had met in 2002 while both of them were working at Fox. Noelle’s then-husband was working for Bill O’Reilly‘s show, and she was serving in the advertising and promotions department. Furthermore, Jesse Watters’s ex-wife worked as the host of a web show called iMag Style.

The duo dated for a while, and in 2009, they tied the knot. Besides that, the couple has not revealed much information about their marital life. The pair were wedded for a decade, and in all those years of togetherness, the duo welcomed twin daughters.

Jesse Watters’ Wife Is A Doting Mother Of Two

As mentioned earlier, in 2009, the Fox News commentator walked down the aisle with Noelle Watters. Two years after being married, in 2011, Jesse Watters’ ex-wife gave birth to their twin daughters, Ellie Watters and Sophie Watters. As per Legit, Noelle Watters’ baby girls were born on November 4, 2011.

Noelle often uploads adorable pictures of the girls. They are growing up having a wonderful time together. Moreover, they divide their time between their mom and dad, who are no longer married.

Jesse And Noelle Are No Longer Together

After being married for a decade and welcoming two kids, Noelle and Jesse ended their marital life. In October 2017, Jesse Watters’ ex-wife, Noelle, filed for divorce after being aware of his extra-marital affair with Emma DiGiovine. Emma used to work as an associate producer on the show Watters’ World.

A month after filing the divorce, Noelle Watters’ ex-husband revealed his new relationship to the network. Then, Emma was transferred to work for The Ingraham Angle.

Although Noelle and Jesse had separated in October 2017, they revealed the news of the separation in March 2018. Then, the divorce proceedings took a while. In October 2018, Jesse Watters’ estranged spouse demanded that he pay for her legal fees. However, it has not been disclosed if the court approved her appeal.

Two years after the separation, the former couple got their divorce finalized. However, the estranged pair kept the process confidential and did not reveal anything regarding alimonies or child support. Moreover, the court records also provided very minimal details about the divorce.

After the divorce, Jesse and Noelle have moved on in their lovelife. While Noelle has not revealed if she is currently seeing anyone, Jesse, on the other hand, is married to Emma DiGiovine. Jesse also welcomed a son, Jesse Bailey Watters Jr., in April 2021.

In addition, Noelle’s daughters are also close with their stepmother and half-brother and often go on vacations together. Nevertheless, they all must be doing great in their lives.

As mentioned earlier, Jesse Watters’ ex-wife, Noelle Inguagiato, previously worked at Fox. When she met Jesse for the first time, she was working in the promotion and advertising department. In addition, she worked on the network for 11 years as a web host for Fox News and senior editor or producer for Fox News Magazine.

Inguagiato received her undergraduate degree in Bachelor of Arts from Fairfield University. She had attended the university from 1994 to 1998.

After graduation, she worked as an account executive at Calvin Klein. Then, she joined HBHPMK as a public relations specialist. She also served as managing editor for Eileen Kathryn Boyd Interiors.

In addition, Jesse’s former spouse is a fashion enthusiast and is also interested in interior designing. She is the owner of NKW, Inc. There she serves as an independent home design consultant who works with clients with different budgets, styles, and requirements. Therefore, she must be earning significantly from her work.

Similarly, in 2019, Jesse’s ex-wife attended Long Island University, where she is pursuing her Master’s in mental health counseling and child psychology. After graduation, she might pursue a profession in a related field.

Noelle must be doing great in her life and earning significantly from her profession. Nevertheless, let’s hope to know more about Jesse Watters’ ex-spouse in the coming days.